The development of advanced technology is visible almost every day. We often get some new inventions that make the lives of people easier. In the last 15 years, many things have changed in all parts of the globe. Together with the development of Internet technology, we also got many opportunities to ensure our financial stability.

Despite that, we also got new business fields that are slowly attracting more and more people. One of those industries is the cryptocurrency field without any doubt. For a short period, digital currencies managed to divide people into two different groups. A major part of the worldwide population understands that cryptocurrencies are the future. Of course, it is hard to predict if they are going to replace traditional money completely. However, we can’t deny they can change the world in many different ways.

Still, some people are not willing to support the development of this new payment method. In most cases, lack of knowledge and good quality information is the reason why they have that type of opinion. Yet, they have also heard different misconceptions that confused them even more. Because of that, we would like to debunk the most common blockchain and cryptocurrency myths. In that way, you will see which benefits Bitcoin, and other altcoins can bring to your life.

Digital Currencies Are Only Good for Illegal Activities

People that are using cryptocurrencies are not doing anything illegal. Of course, the first rule is that your government recognized digital currencies as a legit payment method. If the law allows you to use it, then you do not need to worry about anything.

Yet, there is one myth that some people believe it is true. They believe that Bitcoin and other digital currencies are only used for illegal activities. There is a good reason why this misconception is popular in all parts of the world. Some bad people truly used them for different illegal activities.

There is one confirmed fact that we need to share with you. Researches have shown that around 829 million dollars worth of Bitcoin transactions were made on the dark web. At first glance, that number will probably seem huge. However, that is only 0.5% of all Bitcoin transactions made from the moment of its appearance.

We can use another real-life example to debunk this myth. People are using real money as well for different illegal activities. However, the majority of people will honestly earn their money, and spend it on some smart things. The same thing counts when we talk about digital currencies. Because of that, consider this myth as incorrect.

This misconception is true and false at the same moment. It is correct that all digital currency transactions are anonymous. More precisely, the identity behind each transaction made is encrypted. However, that doesn’t mean everything around them is anonymous. All the transactions that people make are transparent and public. In other words, people can trace them to some point. Pseudo-anonymity is not the same as complete anonymity.

Only Bitcoin Deserves the Attention of Investors

It doesn’t matter how familiar you are with the entire digital currency industry. Even people that do not have a clue how things function in that world have heard about Bitcoin. It is the most popular cryptocurrency you can currently find in the world. Despite that, it keeps its reputation and status for many years. However, that doesn’t mean it is the only digital currency people should invest in.

More precisely, working with Bitcoin is difficult, especially if you are a newbie. First of all, it is one of the toughest digital currencies for mining. Despite that, the price is high, and most people can’t afford to invest a lot. There are many things you should research about Bitcoin before purchasing it. For instance, jt.org analyzed the most effective time to buy Bitcoin. It is only one of the essential things that you should know. Research everything and save enough money before deciding to invest in Bitcoin.

The fourth myth is a bit silly, but we need to add it to the list of most common blockchain and cryptocurrency myths. Many beginners will say that cryptocurrencies do not have real value. People usually believe in that myth because all digital currencies do not come in the form of material assets. However, that doesn’t mean that they do not have the “real” value. Their value changes all the time. It depends on different circumstances, the demand of investors, etc.

Hiding certain things about the past of different digital currencies would be unfair. In the beginning, many people became victims of thefts and scams. Because of that, many people believe that crypto transactions are not safe even today. Fortunately, that is only a myth.

Because of that, we need to highlight one important thing here. Cryptocurrencies are going to be safe until you understand the importance of cybersecurity. Digital currencies are safe, but that doesn’t mean you won’t become a victim of a scam. You need to be careful in every moment and protect your data. Do not click on a suspicious link, do not answer to suspicious emails, etc. In other words, your safety is in your hands.

Almost every digital currency that exists in the world had many ups and downs in the past. The same rule counts when we talk about the strongest cryptos like Bitcoin, Ethereum, Litecoin, etc. Yet, that doesn’t mean they are not perspective.

We need to use one bad example to make things clear. The Coronavirus pandemic ruined the economies of many governments. Tourism was one of the strongest fields in Spain and Italy. Unfortunately, the pandemic messed the plans of people that are participating in that business field.

Predicting things is almost impossible. Saying that digital currencies are not perspective is a big lie. Some people even claim that all of them are going to be banned once in the future. We can’t say that is a lie, but we can say it is far away from the truth. You will manage to see that many countries accepted to legalize the usage of digital currencies. For instance, it is completely legal to use them in Canada, the USA, European Union, Australia, etc. Because of that, it is hard to believe that they are going to disappear at some moment. The demand for digital currencies is growing. Because of that, you can consider them as a perspective “tool” that can help you insure your financial stability. 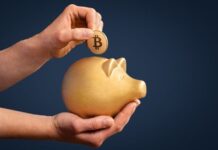 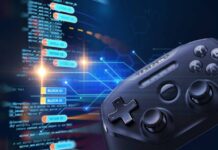 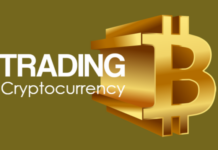