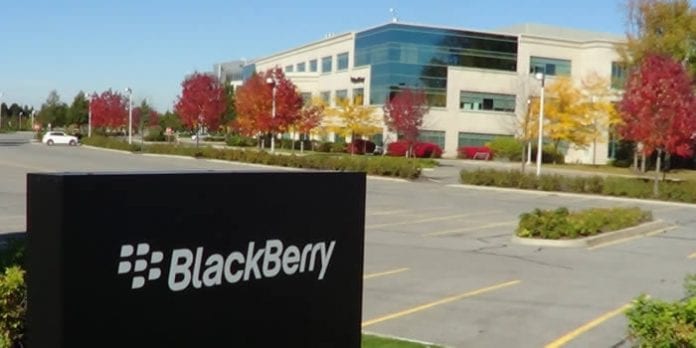 The shares of BlackBerry Ltd (NASDAQ:BBRY) (TSE:BB) are trading higher today after releasing its first quarter financial results for its fiscal 2017 ended May 31, 2016.

The Canadian smartphone manufacturer’s stock was up 3.86% to $7.00 per share at the time of this writing around 1:45 in the afternoon in New York. The stock went up as much as $7.05 per share earlier today.

BlackBerry said its non-GAAP revenue was $424 million; non-GAAO net income was break even ($0.00), and non-GAAP operating income was $14 million.

Analysts expected BlackBerry to post a loss of $0.08 per share and $470.94 million in revenue for the quarter.

BlackBerry ended the quarter with $2.5 billion in total cash, cash equivalent, short-term, and long-term investments. The company said it had approximately 3,300 enterprise customer wins and approximately 74% of its software revenue was recurring during the period.

BlackBerry to expand its addressable markets

In a statement, BlackBerry Executive Chairman and CEO John Chen said, “BlackBerry is differentiated by cross-platform market leadership in software, an end-to-end secure mobility platform and a strong financial foundation. Our Q1 results highlight these attributes.”

He added that the company plans to continue its investments to expand its addressable markets and drive sustainable profitability and growth. According to him, BlackBerry’s is in track to deliver 30% revenue growth in software and services.

Furthermore, Chen said the company is expected to record a non-GAAP loss of around $0.15 per share for the full fiscal year, significantly lower than the consensus estimate of $0.33 loss per share.

During a conference call with analysts, Chen said, “We’re at a point where our business is extremely efficient and we no longer really are making any hardware. We are really a hardware design house.”

Yesterday, Chen said BlackBerry’s “devices business must be profitable” this year and they “don’t want to run a business that drags onto the bottom line.”

Richard Orland - February 26, 2021 0
PayPal is one the most common payment options for a large majority of eCommerce stores, dropshipping companies and merchants to deal with the large...