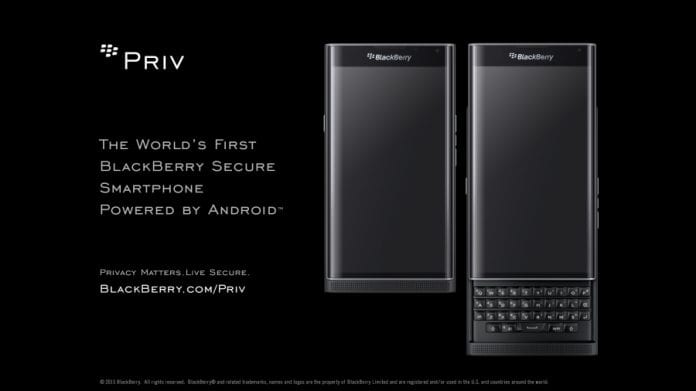 The new Blackberry Ltd (NASDAQ:BBRY)’s Priv has been put on the list of phones to get an update at the beginning of each month just as other Android smartphones have been getting. It joins a list which includes Samsung, LG, Xiaomi and several other handset makers which receive a monthly update of the security patches.

This is a big boost for the smartphone and its maker because naturally not all Android smartphones receive these updates which leave them vulnerable and open to exploits and hacking. These security updates are released most of the times when Google finds and identifies critical security issues they feel might be too costly if left out there. Some of these issues are found by third party members who then report the incidents to Google.

Google runs a bug bounty program that allows users who identify such problems to report them to Google in exchange for a reward. This is an incentive to encourage people to do the right rather than let the vulnerabilities they discover fall into the wrong hands. Google tries its best to fix the security issues by the end of each month so that they can put the security updates in their monthly security patches.

But even though Google itself produces these patches at the beginning of each month the delivery to every specific smartphone on the market that uses Android might be slow. This depends in many instances on the phone maker and the. A version of the phone that you are using.

That is not Blackberry’s case however this time. The Canadian based company is trying to change its user base and increase revenue, so they have made sure that their Blackberry Priv, which is the first commercial Blackberry phone running Android on the market, is up to date with all the latest installments every month. To highlight this importance, Blackberry produced a table where it show how it’s been able to deliver updates in comparison with other smartphone makers.

The Canadian company has been making strides in the right direction in its bid to make their phone range the best in the world again. Blackberry and Verizon recently announced that they were partnering in order to release the Blackberry Priv on the Verizon network. Accompanied with this good news, they seem to be doing pretty well at the moment.

According to Blackberry, “for each OEM, we reference their best case scenario, i.e. The device receiving the earliest security patch ( for OEM’s with large device portfolios, patch timing is inconsistent).”

This is good news for customers of the Blackberry Priv around the globe, and the company continues to offer top notch service to its base, however, small it is.