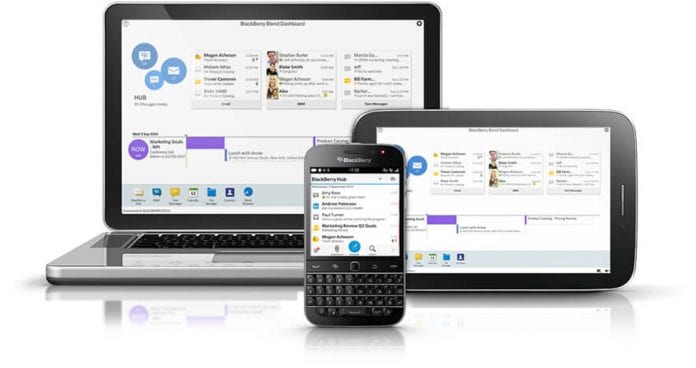 No doubt about it, there’s a lot of buzz and excitement about the upcoming BlackBerry Ltd (NASDAQ:BBRY)’s Classic smartphone formerly known as the Q20.

Part or maybe most of the excitement and can’t wait about this new BlackBerry Classic Smartphone is the fact that it will have the QWERTY keyboard and trackpad that all BlackBerry loyal fans loved most and missed a lot when the Canadian smartphone maker introduced the BlackBerry Z10 last year.

Some people thought that the Z10 should have been the Classic then and if you think about it, that rings true in light of the comeback strategy from BlackBerry. This is also evident in John Chen’s open letter last Wednesday, acknowledging the mistakes that were made “It’s tempting in a rapidly changing, rapidly growing mobile market to change for the sake of change – to mimic what’s trendy and match the industry-standard, kitchen-sink approach of trying to be all things to all people.”

By that tone, it doesn’t look like BlackBerry Ltd (NASDAQ:BBRY) will make similar mistakes again, at least not under the watch of CEO John Chen and the Classic is the proof of that.

With the promised features of the upcoming BlackBerry Classic Smartphone as stated, again, by the CEO himself, a lot of loyal and new fans are already expressing their desire to get one.

“Of course, we’ve made quite a few enhancements around the edges and on the inside. The screen is bigger and sharper. Our application catalogue is growing. The BlackBerry 10 operating system incorporates all the best productivity and collaboration features on any mobile device, including the BlackBerry Hub and our all-new BlackBerry Blend.”

The following is just few of the many people around the world who said they can’t wait to get the BlackBerry Classic. These are just tweets, there are many other messages in Facebook and Google+ formats plus others.

@BlackBerry Yea, I have been waiting for this! My Curve has served me well but it's time to upgrade. Will it come in red?

I'm desperate for this, desperate! When in UK? "@BlackBerry: We get it, we listened to you http://t.co/QSTj9k2xjR pic.twitter.com/wPvZE9n6ww”

@BlackBerry You can easily tell that John Chen cares about his customers. Can't say the same about the competition!

I will sell my iPhone and windows phone and buy a @BlackBerry classic when it comes out.. No doubting that at all! #sureissure

Sales will definitely be strong, think about all the old fans and Bold users who will undoubtedly want to upgrade to the all new BlackBerry Classic.

According to BlackBerry Ltd Chief Executive John Chen, the new device will be released sometime in December of this year. That means the Classic sales will be added in Q1 2015 for the enterprise market which also means very possibly strong Q1/Q2 2015 for BlackBerry Ltd (NASDAQ:BBRY).