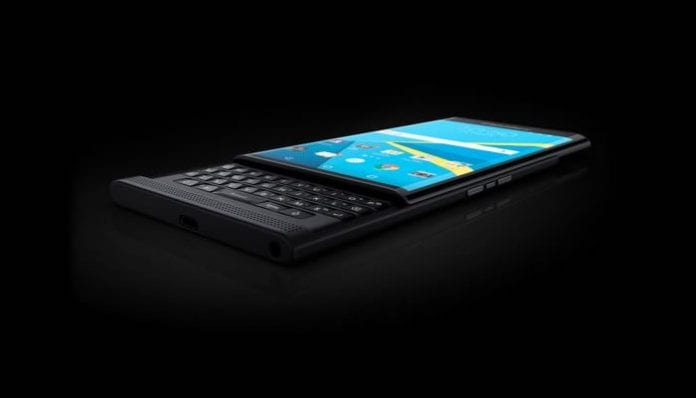 BlackBerry Ltd (NASDAQ:BBRY)’s upcoming first true Android device with a focus on security has had several leaks in the past, but now we have the first official photos of the BlackBerry Priv. On Tuesday, the smartphone maker released photos of the Priv in a blog post titled “PRIV by BlackBerry: First Official Images.”

Showing off the new photos of Priv, BlackBerry said, “Priv users will enjoy choice, innovation, security, privacy and productivity. In other words, no compromises.” Price or a specific release date for the Priv has not been detailed yet by the company. But, Blackberry plans of launching the device in the fourth-quarter. The device is said to sport a-5.5 inch curved screen and a slider keyboard as well.

After BlackBerry previewed and confirmed its upcoming privacy-enabled Android smartphone, it has been receiving a lot of praises for the device. Ars Technica referred Priv as one of the most exciting devices in some time while, the Android Authority declared it ‘eye-catching and unique.’ Chris Hazelton, 451 research analyst told CNET that the Canadian firm has the “best technology to differentiate on Android.”

BlackBerry Ltd (NASDAQ:BBRY) has a history of selling devices based on its own home grown software, but Priv underscores a radical departure from it. While confirming the device last week, BlackBerry CEO John Chen said that the BlackBerry Priv stands for both ‘privacy’ and ‘privilege,’ adding it is the first product from the company to run on Android mobile software from Google. Android is the most popular operating system for smartphones and tablets, and BlackBerry tried battling it for several years. But now, it is embracing what its rivals are offering.

At one point in time, BlackBerry used to be a dominant force in the mobile market especially among the white-collar workers. Now, it has lost much of its business to Apple and Samsung. BlackBerry has a core base of loyal customers, but the corporations and government agencies that relied too much on BlackBerry devices have jumped to rival devices.

In a video interview with Business News Network on Friday, Chen showed the new phone, but the demonstration did not go smoothly. There is little enthusiasm for the BlackBerry Ltd (NASDAQ:BBRY) operating system now, and a shift to Android on a single phone may not be able to do a lot to beef up mobile phone business of BlackBerry at this point.