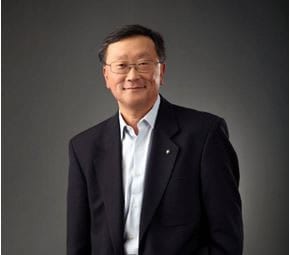 BlackBerry Ltd (NASDAQ:BBRY) latest earnings do suggest that the firm is not in an ugly position as many though it to be, believe analysts. The revenue for the fiscal 2016 second-quarter came in at $491 million, down 47% from last year’ $916 million.

Chen must be given more time

BlackBerry has a decent amount of cash, which will help it “hold out for quite a while,” Gartner analyst Ken Dulaney told eWEEK. “The stock is not going to go much lower. I think that everybody knows that the hardware business is going to go away [eventually]. I suspect that the stock has already accounted for that.”

BlackBerry Ltd (NASDAQ:BBRY) CEO John Chen is working to transform the firm into a software company, said Dulaney, adding that Chen should be given more time to prove the Canadian firm “is going, where Chen is trying to take it.” However, Dulaney noted that the task becomes difficult if the Wall Street is constantly monitoring the moves.

On Chen’s chances, Dulaney says he “is probably going to make it, but he’s got a rocky road with Wall Street for a few more iterations,” adding “I think he knows what he’s doing, but we’ll just have to wait it out.”

Dulaney expects the Canadian firm to post more losses for the next few quarters. “Like Microsoft, once you fall below that 5 percent [market] share, the [software] developers don’t want to bother with you,” the analyst said.

Patrick Moorhead of Moor Insights & Strategy noted that the firms second-quarter show progress, but the fact is the Canadian firm is “coming from a very, very low point where any progress is good progress.”

On What’s need to be done, Moorhead said the company must transition away from its hardware roots, adding that the firms new Android phone will help, but it needs to lower its losses, and “exit the hardware business and/or adopt an [original design manufacturer] sourcing model,” where BlackBerry will design the product, but responsibility for producing it will be on the third-party.

BlackBerry Ltd (NASDAQ:BBRY) must focus on its strengths i.e. their software, services, and security, and at the same time “downplay their hardware weakness,” and “commoditize all BlackBerry hardware to drive the rest of their business,” Moorhead told eWEEK.