Black Adam starring Dwayne Johnson will be one of the first supervillain origin stories from a major studio. It was originally created by Otto Binder and C. C. Beck in 1945 as a single-issue villain for Shazam, whereas in 1987 its reboot provided us with the story used today.

Toth-Adam, an ancient Egyptian warrior, was rewarded with superpowers by the Wizard Shazam. A new power of his made him conceited, and he eventually killed the Pharaoh and proclaimed himself ruler of Egypt. This led to the real Shazam taking back the gifted powers, which aged his body at a great speed. Shazam buried Toth-Adam and his powers, which he kept in a necklace made of the scarab in the tomb of Ramesses II.

Ages after that, an expedition led by C. C. Batson and his wife Marilyn uncovers Toth-Adam’s body. Theo Adam, their aide, becomes obsessed with the scarab and kills the Bastons, after which their son Billy comes back home. His pure heart earned him the right to become the new Shazam. Theo returns to America and sees him, after which he utters the word “Shazam!” and becomes the new Black Adam. They become enemies for life.

Black Adam’s origins have been revised several times since the ‘90s by many writers, such as Geoff Johns and David S. Goyer. Although he has been made into an even bigger villain than he was, he has shown for a couple of times capacity to do good and rescue people. In Johns and Goyer’s run of JSA Black Adam and Theo Adam were presented as two separate personalities, which allowed Black Adam to have an identity of his own and thus become a member of the Justice Society of America.

Like many superhero movies, this one also has a premise that the main hero does what’s right for the wrong reasons and vice versa. Although there were many such blockbuster movies with ambiguous anti-heroes, none of them fulfilled the expectations. We are definitely looking forward to Black Adam managing in doing so. 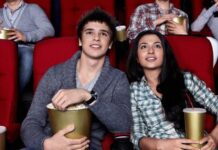