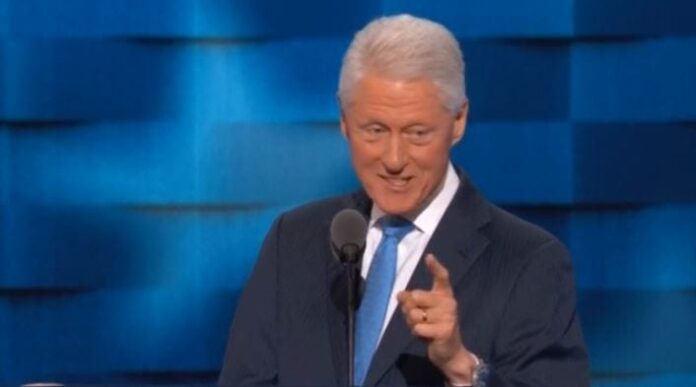 Former President Bill Clinton delivered a strong and clear message that his wife Hillary is ready and qualified to become the next leader of the United States.

During his speech at the Democratic National Convention (DNC) on Tuesday night, Mr. Clinton told Americans that Hillary is “born with a responsibility gene, natural leader, good organizer, and the best change maker” he had ever met in his entire life. His wife is determined to figure out how to make things better.

Hillary has been fighting to improve people’s lives

The former President conveyed how Hillary spent her life fighting to improve the lives of people especially the children and those with disabilities.  Mr. Clinton emphasized that Hillary “never made fun of people with disabilities; she tried to empower them based on the abilities.”

According to him, Hillary has been fighting for social justice since her days as a law student.  She worked at Yale New Haven Hospital to develop procedures to handle suspected child abuse cases. She provided legal aid services to poor people and went undercover to expose a segregationist school in Alabama in the 1970s. She empowered low-income parents to become their children’s first teachers and developed the standards for preschools in the country.

Hillary was never satisfied with the status quo

Mr. Clinton said, “Hillary is uniquely qualified to seize the opportunities and reduce the risks we face, and she is still the best darn change-maker I have ever known.”

“This is a really important point for you to take out of this convention. If you believe in making a change from the bottom up, if you believe the measure of change is how many people’s lives are better, you know it’s hard, and some people think it’s boring. Actually doing the work is hard. So people say, well, we need to change. She’s been around a long time, she sure has, and she’s sure been worth every single year she’s put into making people’s lives better,” said Mr. Clinton.

This woman has never been satisfied with the status quo.  She always wants to move the ball forward. That is just who she is.”

Mr. Clinton also emphasized in his speech that the Republicans created a “cartoon” of Hillary because they fear the “real change” she would bring to the United States.

He noted that his wife compiled a “really solid record, totally progressive on economic and social issues, launched a team to fight back against terrorism online, and built a new global counterterrorism effort. She also put climate change at the center of the U.S. foreign policy.

The former President said the real Hillary Clinton “had done more positive change-making before she was 30 than many public officials do in a lifetime in office.”

Mr. Clinton also emphasized that the real Hillary “repeatedly drew praise from prominent Republicans when she was a senator and secretary of state.”

Hillary will never quit on you

Furthermore, he said Hillary can make things better even if you drop her into a trouble spot because that’s just who she is.