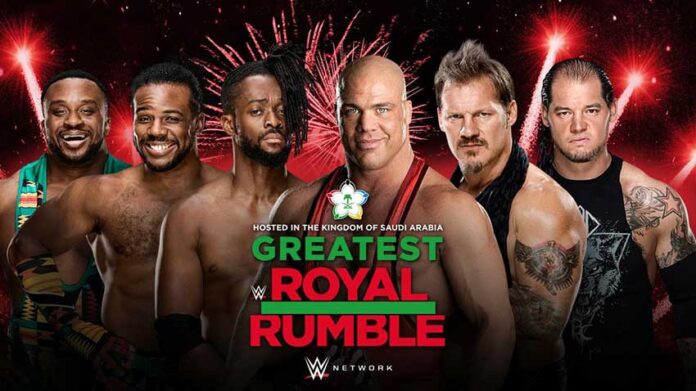 30 men usually enter the Royal Rumble, and WWE usually produces that showdown once a year, in January. Well, this is called the greatest one so far because there will be 50 guys that will be in over the top rope battle. Hopefully, WWE is going to make this meaningful, and the winner will actually receive something.

3. Roman Reigns vs. Brock Lesnar for the Universal Championship

This is going to be a rematch of the main event at Mania, and we fully expect that Roman is going to get his title finally. Since this show is away from the American soil, there is a good chance that he will get cheered, which is the reaction that WWE has wanted him to get for years.

2. The Undertaker vs. Rusev

The Dead Man is going to be present in Saudi Arabia where he will try to spoil the Rusev Day celebration. The Bulgarian Brute is over with the crowd and the fans love him. It’s a damn shame that WWE doesn’t want to do much with him. On the other hand, this is a really nice spot for him.

The battle itself is not going to have a story behind it, but this is just a match that is thrown together so the fans in Saudi Arabia can see these two legends live in action for the first time ever.