There were some rumors that Bayley got injured on this past edition of Monday Night Raw when she was wrestling Nia Jax. She was favoring and hiding her shoulder which appeared to bother her a lot. Well, it turned out that she really did get hurt in the battle and that WWE didn’t do some kind of a fake injury storyline with Bayley. They announced on their official website that she is indeed hurt and that will be evaluated later this week.

After the doctors did some tests, they have stated that Bayley has separated her shoulder in her match with Nia Jax on Raw and that she is not going to be able to compete at Summerslam. The Hugger was supposed to challenge Alexa Bliss for the Raw Women’s Championship at the biggest show of the summer, but that opportunity is now going to go to someone else.

The company has just started to build back up Bayley as a true babyface that people can believe in and support so this is a small setback for her comeback and the storyline that the writers had planned for her. On Monday Night Raw she went out and told the fans that she is not going to be able to win the title that she defended at Wrestlemania, but that she will be back in the championship hunt.

It is a shame that Bayley will have to miss Summerslam, but the new number one contender on Monday Night Raw was crowned after the women had two triple threat matches where the winners decided who is going to challenge Bliss. Bayley, on the other hand, will be forced to watch the Summerslam action from the sidelines. 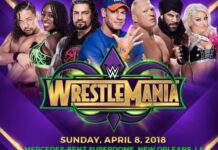 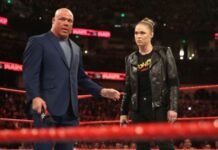