Even though there is one more pay per view left for Smackdown Live before Wrestlemania, WWE’s focus should always be the grandest stage of them all. We are not saying that they should just forget about the Fastlane. No, they needed to build to that too. But, the company should have done a better job at mixing the stories between these two pay per view builds.

In our opinion, Fastlane is just a bit too close to Mania. Thankfully, the calendar for the PPVs is changing after this one, and we are not going to get as many of these as we used to. That is a good thing.

This Sunday at Fastlane, Kevin Owens and Sami Zayn are going to be in the six-pack challenge for the WWE Championship. They have been working together ever since the Hell in a Cell pay per view, but they have had some disagreements along the way. 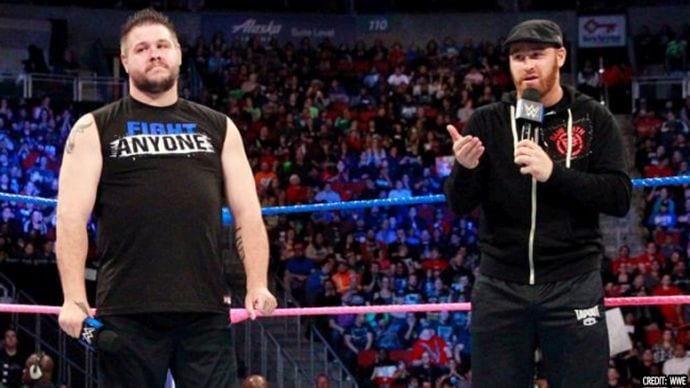 Even though there is, for sure, a potential for Sami Zayn vs. Kevin Owens at Mania, the WWE really didn’t build for that enough for us to get that match. There isn’t a lot of time for them to start feuding. Sure, something can, and probably will happen between the two, but is that going to be enough?

People wondered what are they going to do at Wrestlemania. As of right now, it seems that they will enter The Andre the Giant Memorial Battle Royal, which is a shame since they are likely not going to win it and will be fed to Braun Strowman. These two are legit stars and can work with anyone, but WWE is not going to have a plan for them this year. Sami Zayn for sure deserves more and we hope that he is going to get it in the future.