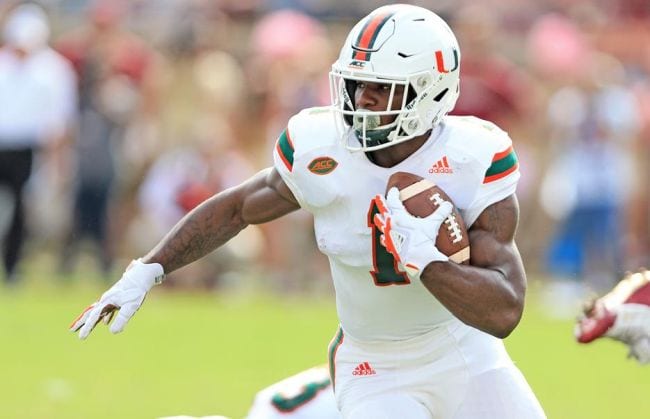 Dak-friendly. Yes, you will be hearing this a lot because that’s what Cowboys want to do with their offense. One of the ways that they are going to try and achieve this is by adding a pass-catching running back to the roster. They wanted to do something similar last year with Donnel Pumphrey, but Eagles got to him first. Dallas consequently decided to pick Ryan Switzer as a slot receiver and punt returner. The pass-run option from the backfired will again be a target in this year’s draft. America’s Team has been missing player like this since Lance Dunbar left the team.

The Dallas’ goal is to make offense Dak-friendly by adding a pass-catcher that is also a runner. So, let’s take a look at what 2018 NFL Draft offers. According to NFL Media draft analyst Mike Mayock, there are few players worth monitoring: “There are a bunch of good running backs that could fit. I’ll tell you, when you get into that group, seven guys go in the first three rounds, average for running backs. So once you get into some of the third down change-of-pace guys, Mark Walton from Miami had some injury issues, but quick, change of pace.” 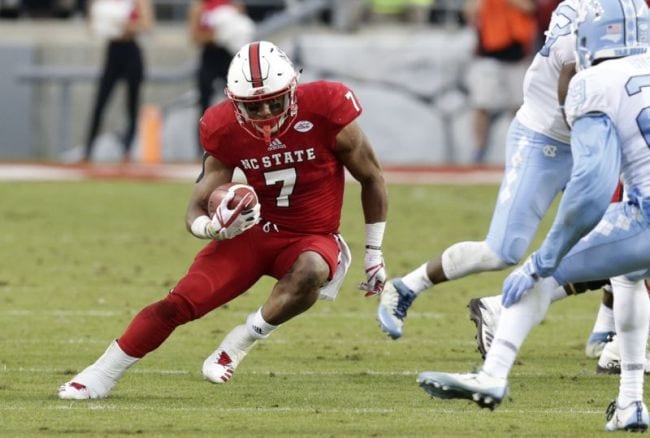 He continued by saying: “Nyheim Hines from North Carolina State, football, and track, change-of-pace guy on third down, catches the ball extremely well. You could even get into Justin Jackson [Northwestern] or Phillip Lindsay [Colorado] in the fourth, fifth round type of player. Again, not big enough to carry the full load, but catches the football very well out of the backfield.”

Out of the players mentioned above, Walton caught fewest passes during his years at college. Counting in only two last years of their respective college careers Jackson caught 79 passes, Lindsay is second with 76, and Hines is third with 69 caught passes.

Among Dallas Cowboys RB options Ezekiel Elliott caught the most passes with 26 catches. Rod Smith recorded 19 receptions. Obviously, Cowboys could have serious benefits from any of the players above both in passing and running game.

Who would you pick?