Kurt Angle is one of the greatest in-ring performers that this business has ever seen. The fact that he has been an Olympic gold medalist before he became professional wrestler speaks just how talented this man was for this business. Even now when he is well past his prime, this guy would probably be capable of wrestling in some classic matches for the WWE if they were to let him compete in the ring.

Right now, there are no signs of him returning to the action in near future as he still didn’t do any kinds of physical tests with the company. According to him, he is not focusing on making a return to the ring, but he is focused on the Manager Role that he has with the Monday Night Raw brand.

That doesn’t mean that Angle won’t attempt a comeback in the future as he has expressed the desire to return for at least one more match in the WWE ring. Recently, he has done an interview where he talked about some of his favorite duels when he still was performing for the organization. While many thought that he would pick a battle from his earlier days with the company as his favorite, he surprised everyone with his choice.

“The one that always stands out for me wasn’t actually a Wrestlemania match – although we wanted it to be one – and that would be my match against The Undertaker at “No Way Out” in 2006. I honestly think that match could have been the best match of my career. Of course, working with a guy like The Undertaker made it a lot easier but it had everything you wanted in a wrestling match. Not a lot of punches thrown. It was just a really good old-school style wrestling match that went over 30 minutes. And that doesn’t happen very often unless you’re at Wrestlemania.”

The Undertaker vs Kurt Angle (No Way Out 2006) by thetexasrattlesnake 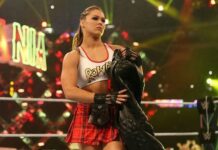 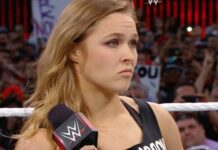