If you ever had a chance to walk down the hallways of Westfield mall in London, you probably haven’t noticed anything strange. It’s a line of different stores representing different brands. Apple Store, Body Shop, Victoria’s Secret, Zara and a couple of Starbucks coffee shops just to name a few. Unexpected store at least for regular customers is newly opened Bentley dealership. Yes, you heard it well! A car manufacturers dealership, and it’s a Bentley’s no less.

This place can be called a Bentley studio, and it should be called that way according to Bentley representatives. This particular location was carefully selected by Bentley officials, and its main purpose is to showcase Bentley models and not to actually sell them. If you drop by by Bentley’s store, you will already find Mulsanne, Bentayga, Flying Spur and Continental on display. Order for purchasing of any of these models can be made right on the spot.

Besides the car models, in this store you can buy a variety of other Bentley products. On special display, you can find a configurator and a completely new app called Inspirator. This app first function is to track and record your facial expression in order to create ‘’immersive film’’ experience.

The exact location of Bentley’s dealership is at complex’s high-end Village section. In its neighborhood, you can find stores for brands like Burberry, Prada, Louis Vuitton and Tiffany. Despite the fact that most of the people are surprised by the fact that Bentley opened dealership inside the mall they are not the only one. Another car brand that has theirs is no one else but Tesla. Positioned between huge stores of Hugo Boss and Watch Gallery Tesla’s store looks small and doesn’t attract too much attention. On the other hand, we are pretty much surprised that other manufacturers don’t follow Tesla’s and Bentley’s example. In the nearby vicinity BMW’s, Ferrari’s or Mercedes’s stores are nowhere to be found. 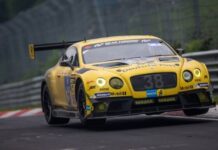 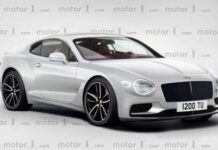 Is this The 2018 Bentley Continental GT? 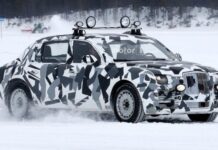 Rolls-Royce lookalike caught testing! It seems that this could be Putin’s next limo!