Well, this match is now much more exciting to the fans than with Corbin having that Money in the Bank briefcase. This looked like a duel that really had no meaning behind it. The only reason that WWE decided to book this battle is so John Cena can have an opponent at the second biggest show of the year while the benefit to that is putting another guy on the show, Baron Corbin, for a nice bonus PPV pay day.

Now, with Corbin becoming just the third person in WWE history that failed to cash in his Money in the Bank contract for the WWE Championship, it is going to be interesting to see how are they going to book him in this match and going forward. Cena, at least in recent memory, has put over a lot of guys that he thought needed a push in the right direction. AJ Styles pinned him clean at Summerslam last year which was a great moment for the Phenomenal One, Bray Wyatt pinned him two shows in a row, at Elimination Chamber and during Smackdown Live triple threat battle for the WWE title the following show. He also put over Nakamura clean, which was another good decision as he is the next big thing to that blue brand.

Does he, and WWE brass, think that highly of Baron Corbin, that they are going to have him go over Cena clean at the biggest party of the summer? After what happened to him, anything short of a squashing John Cena is not going to do him any good. He needs to beat every single living inch of the 16-time World Champ in order to at least somewhat make up for the failed cash-in. We don’t think that is going to happen.

As a matter of fact, we are picking John Cena to go over here in this battle with Corbin. There is just that feeling that Cena is not too fond of him, while the WWE officials also think that Corbin is not ready for prime-time. Cena wins at Summerslam. 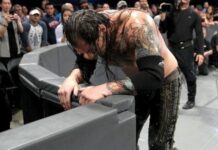 Baron Corbin Gets No Redemption At Summerslam vs. Cena 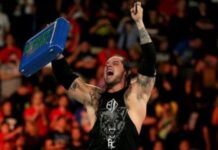 Big Logic Holes In Baron Corbin’s Loss After Cash In