Opptrends 2022
Home Sport Baron Corbin Gets No Redemption At Summerslam vs. Cena

There was a lot of talk about Baron Corbin this past week. He was the most talked about superstar on the roster as he became the third superstar in the history of the WWE to fail a cash-in of the Money in the Bank briefcase. A lot of fans were disappointed and thought that Corbin got buried that night, while there were the ones that were willing to wait and see what the company does with Corbin at Summerslam.

Going up against John Cena is never an easy task, but there was a chance that beating every living inch out of Cena would make up for him losing the match when he cashed in. Did the company go that route, or they gave Cena a win since he is on a big losing streak at the biggest party of the summer and since they really don’t believe in Baron Corbin?

Yeah, the second thing happened. This was a pretty uneventful first match of the night. These two opened the main card, and Cena got a smooth win over Corbin. Yes, the Lone Wolf had some offense, but it wasn’t nearly enough to make him look good. Now, Baron Corbin looks lost.

There is really no indication of what they are going to do with him in the future. This was a nightmare for Corbin, what happened to him this week is something that is going to hurt him in both short and the long run. If beating Cena at Summerslam was that tiny hope that he and his fans had, that is gone now. Corbin is well on his way to being just another guy on the roster, and it is a shame that it has come down to that. 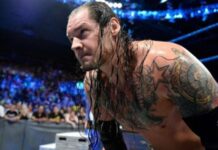 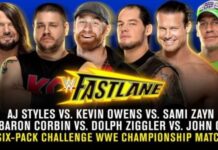 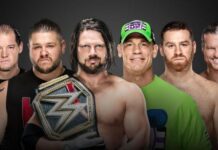