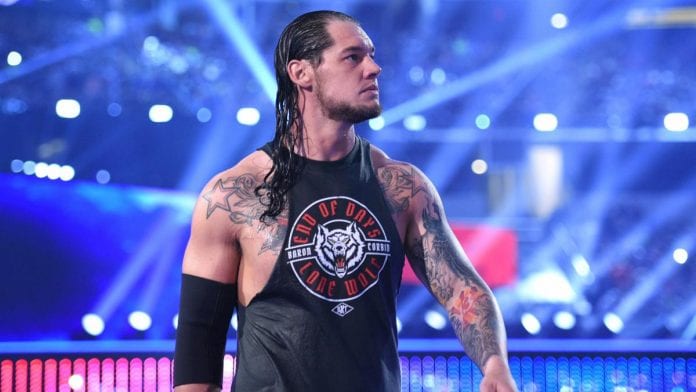 One of the superstars that WWE officials and Vince McMahon are high on is the Lone Wolf Baron Corbin. He is the new Mister Money in the Bank and will get a title shot when he so chooses. Corbin should receive a push as a dominant heel in the near future as he has that look and the attitude of someone that doesn’t care about what he needs to do in order to be at the top.

Recently, he has spoken about his Money in the Bank contract and his goals in the WWE. Corbin said that it is a bit weird going around with that briefcase and having to carry it everywhere he goes. That blue case with big letters is something that people will look at when they see the Lone Wolf. He said that at the Airport people are always looking at him and that blue thing that he carries around, while some of the fans that see him want to take pictures.

One of the things that he talked about is developing his character and just being himself when he is in the ring and on the mic. It is no secret that Corbin likes the character he plays on TV as it is pretty similar to his personality in real life. He also talked about the longevity that he wants to achieve, just like John Cena has been able to do.

“When I go out there I just kind of do me, and right now, people just hate that. It really makes people emotionally involved in what I’m doing. That’s why I’m just going to keep that line and I’m going to let myself naturally evolve into whatever I may. I feel like that’s the key to longevity. If you look at a guy like John Cena, who’s been doing this and he’s won 16 championships, he’s never just completely changed who he was or done something different. He just naturally evolves.