Sad news for the music world as Swedish DJ Avicii, one of the best dance music stars, was found dead. It has been reported that his body was found on Friday afternoon local time, April 20th in Muscat, Oman.

At this moment there are no details, and cause of death is still unknown. What we do know is that the famous DJ had health problems in the last few years and in 2014 his gall bladder and appendix were removed. In 2016 he decided to retire from touring, and it was confirmed that this was done because of the health issues.

Among the biggest hits that Avicii launched are Levels and Wake Me Up. He was also famous for his cooperation with other artists, and one of the latest releases was his club anthem with Rita Ora, Lonely Together that was launched in 2017.

Since he was one of the biggest names in the business, it doesn’t surprise the fact that he earned about $250,000 per night while on tour. During his career, he was nominated for two Grammy Awards while two of his singles were on number one position in the UK. On top of that, nine of his singles were on top 10 lists.

Tim Berling, better known under his stage name Avicii, started his career in the late ’00s when he published some of his work on Laidback Luke Forum which was the place for young producers and DJs to share their music. It was a good opportunity to hear the opinion of the people in the music industry and to gain more exposure.

His first major release was progressive house track Levels that conquered many of the Top 10 lists all over the world. In 2012 he worked with David Guetta on Sunshine that also brought him a Grammy nomination.

Here is the statement of his publicist Diana Baron: “It is with profound sorrow that we announce the loss of Tim Bergling, also known as Avicii.” She continued by adding “The family is devastated and we ask everyone to please respect their need for privacy in this difficult time.” 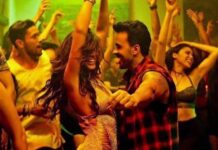 Most Famous Songs Outside the USA 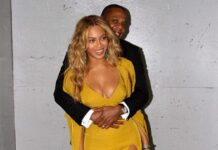 Beyonce Knowles revealed that she is pregnant with twins!