Assassin’s Creed has become one of the most famous gaming franchises, and ever since Assassin’s Creed 2 was introduced in 2009, we are granted with a new installment each year. However, in 2016, Ubisoft decided to take a year off when it came to the production of the sequel, but there was still a movie, and two Assassin’s Creed Chronicles titles. Considering there was a break, expectations for the new game have been raised. Assassin’s Creed Origins is now confirmed, and this installment is expected to be a huge one.

There are two trailers which were presented at this year’s E3 and both of those trailers put forward the gameplay. You can see them here. As for the release date, Assassin’s Creed Origins will launch on October 27, 2017.

The demo kicks off with Bayek traveling into a city on horseback, and you need to get used to this because the map is huge (the biggest so far). You can summon your horse anytime you want with a quick call button on the D-Pad.

Once you reach the city, you immediately dismount your horse and go for free running. The story is set in ancient Egypt which means that there are no tall buildings, but that doesn’t limit the game. There are scalable cliffs instead, and you can still climb high and see really far, but it is not as often as when you play the city-based Assassin’s Creed. Running is natural, so is jumping back from surfaces when you are hanging from them.

Besides the horse, you can summon your eagle companion, and it can help you inspect the terrain in front of you or find some hidden objects. Finding these hidden things can be frustrating, and it takes a lot of accuracy and precision before it becomes visible on the map. However, this eagle vision added more complexity to the game and it is definitely a good thing.

Assassin’s Creed Origins brings another great feature – underwater swimming. You could swim in previous installments, but now you can explore the world beneath the surface, while according to Ubisoft representative, you will be able to engage in underwater melee combat. Moreover, you can steal ships and travel, which can be a fun thing to do from time to time.

Stealth is similar to the one from the previous installments, but direct combat is slightly different in Origins. It is more realistic, and you need to be quick and dodge the punches. You can use melee weapons for light attacks or break shields, but you can also pull out your bow and arrow while in close combat.

There are some RPG elements such as leveling up with skill points, using those points to advance in a new skill tree and crafting items. Speaking of the skill tree, it is divided into three sections – warrior, archer and a rogue-type called Seer which focuses on crafting skills. These skills are not completely separated and they often overlap. The good thing is that you can craft weapons and armor by yourself using items from the open world and these items can be collected by hunting animals or just finding them across the map.

Besides hunting animals for crafting, they can be tamed and used for combat. However, in order to gain this skill, you will need to progress in Seer section, but you can also use sleep darts on them so you could make them your allies.

The game revolves around Bayek and it follows the events before the assassin’s order was established. The main character protects the people of Egypt, and he will be the only light in a corrupt country battling against forces which try to use the people for their own goals.

You will have several ways to travel across the wide world. Running is one way, but horseback riding is much more efficient means of transport. Also, there are commandeer ships and boats. The Assassin’s Creed Origins will come with the largest map in the franchise, and you will need to explore the world. Even though there are areas which you will inevitably unlock as you follow the story, you can basically go wherever you want at any given moment. 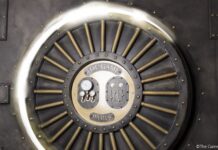 The Game: Escape Game In Paris 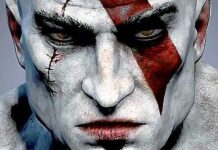 Top Video Games of All Time 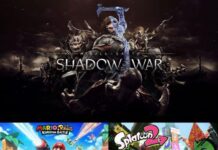