The shares of ARM Holdings plc (ADR) (NASDAQ:ARMH) (LON: ARM) are trading higher today driven by the announcement that it entered an agreement to be acquired by SoftBank Group (OTCMKTS: SFTBF) (TYO: 9984) for $32 billion in cash.

SoftBank will maintain ARM’s organization, existing senior management team, brand, partnership-based business model and culture to continue its strong track record. The Japanese company also plans to double ARM’s workforce in UK and increase its headcount outside the country over the next five years.

The Board of Directors of ARM believes that the financial terms of the transaction are fair and reasonable. The deal is not subject to any anti-trust or regulatory conditions.

ARM is a supplier of wireless microprocessor for Apple (NASDAQ:AAPL)’s iPhone and other mobile devices in the industry. It is considered one of the most valuable technology companies in the United Kingdom and a key player in the mobile revolution.

SoftBank founder and CEO Masayoshi Son made a big bet on Internet of Things (IoT). Mr. Son aims to lead the next generation of smart devices powered by a microchip designed by ARM Holdings.

According to the Japanese investor, he had been monitoring ARM Holdings over the past ten years and he believed that now is the right to invest in the British company that provides technology for almost all smartphones including the iPhone and Samsung Electronics (OTCMKTS:SSNLF) (KRX:005930)’s Galaxy. 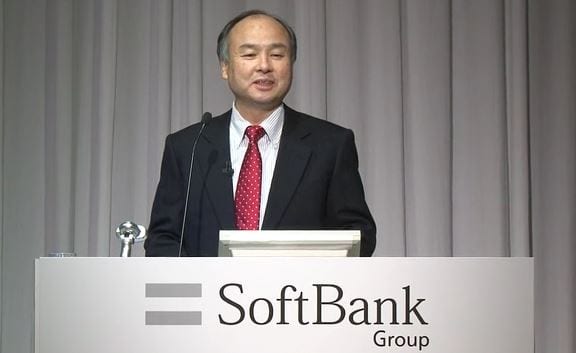 In a statement, Mr. Son said, “ARM will be an excellent strategic fit within the SoftBank group as we invest to capture the very significant opportunities provided by the Internet of Things.” He added that it is one of the most important acquisitions of SoftBank and expects ARM to be a “key pillar” to its growth strategy going forward.

Separately, Mr. Son also told reporters, “ARM will be the center of the Internet of Things, in which everything will be connected. IoT is going to be the biggest paradigm shift in human history (and) we have always invested at the beginning of every paradigm shift.”

ARM Chairman Stuart Chambers, said, “It is the view of the Board that this is a compelling offer for ARM Shareholders, which secures the delivery of future value today and in cash. The Board of ARM is reassured that ARM will remain a very significant UK business and will continue to play a key role in the development of new technology.”