According to the announcements, ‘Aquaman’ will meet many villains, that is to say – Black Manta. Guess who’s joining them in the movie. It is the ‘Watchmen’ star, Patrick Wilson. He will be playing the well-known comic character, Ocean Master or Orm.

According to Deadline, his character is Aquaman’s half brother in this superhero movie. It was also reported that their relationship would be like the one of Thor and Loki in the Thor films. We’ll be watching a lot of sibling rivalry between Arthur and Orm, then. Another superhero character portrayed by Wilson was the President of the United States in the movie ‘Batman v Superman: Dawn of Justice’.

Namely, Orm was introduced in 1966’s Aquaman #29, its character based on the comics. According to Cinema Blend, his story is about him and Aquaman sharing the same mother. While Orm is a full Atlantean Arthur Curry was brought up by his human father on the land. The kingdom of Atlantis didn’t know of Aquaman’s existence, so Orm was the one who inherited the throne.

Upon discovering this as an adult, Aquaman came to Atlantis, and he was passed the royal title, being Queen Atlanna’s firstborn. As a consequence of this, extreme jealousy between brothers occurred. Aquaman envied Orm on being Ocean Master, and Orm used his power and special trident to challenge his brother constantly.

As far as the movies starring Patrick Wilson are concerned, we watched him in 2009’s Watchmen as Dan Dreiberg, better known as the second Nite Owl. Nonetheless, the movies which brought him popularity are ‘The Phantom of the Opera,’ ‘The Founder,’ ‘Prometheus,’ and the two ‘The Conjuring’ movies, as well as the ‘Fargo’ TV series. According to Coming Soon, he was supposed to have a role in Marvel’s ‘Ant-Man,’ but there were some scheduling conflicts, so he refused it.

In the meantime, other members of the ‘Aquaman’ cast are Amber Heard as Mera, Willem Dafoe as Vulko and Jason Momoa as the main hero.

The movie Aquaman will hit theaters on October 5, 2018. 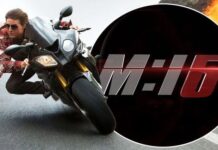 Top 5 Sensational Movies In Store For 2018 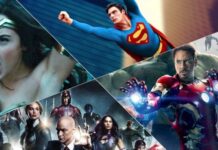 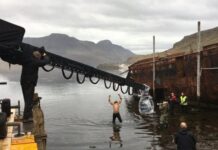 Aquaman – Photos From the Set Give Away Certain Details