Under the laser engraving process, a part of the medium is removed to create a mark of engraving. The mark is located beneath the material. Usually, a laser beam is taken into usage to produce the process where the medium is removed for leaving a mark. The laser is used as a chisel, which removed away a part of the medium selectively. It is a subdivision part under the laser marking process. In this, the depth is also an essential factor to consider, which depends upon the time of dwelling and the medium which is taken into usage.

Among the popular applications, laser marking is also a famous one. Though it is similar to the process of laser engraving, the mark appliance remains at the exterior surface. On the contrary, engraving depicts the depth mark. Under the laser marking process, a medium, whether plastic, rubber, ceramic, graphic composite or metal, is used to put the label either in the colorful shade or just a black label.

Which one is better- laser engraving or marking?

This question is often asked by customers, so let’s see which process wins. Well, the terminology for both is different but mixed by all. So, it is crucial to understand that there is a huge difference between the two- laser engraving and laser marking. Don’t mix up both the processes as laser engraving focuses on depth markings by removing a certain part of the material, whereas laser marking is used for altering a material’s appearance. Under each process, there are different benefits and applications which you can read in the article. Also, it depends upon the requirement of the customer as to which process is more suitable.

In the manufacturing process of jewelry, laser engraving is a popular process. In particular, the engraving is done wither on silver or gold material. Also, artworks can be created with this process. The commercial usage of laser engraving can be seen in marking any detail on the components.

Among the traditional labeling uses, laser engraving is a commonly used process that can include marking logos or serial numbers. The biggest advantage of engraving is a depth that becomes beneficial in the production of dies and stamps. In the surfacing crafts also, engraving with laser is the best method. The surfacing can be done for laser bonding, hot branding, or printing purposes.  The industries which attain benefit using this process include:

Often, laser engraving is used among the personalization works on certain items, including a medal, trophy, plaque, or tankard. Also, barcodes can be easily engraved with laser.

Among the processes for labeling bar codes, QR codes, copyright marks, logos, date codes, and others, laser marking is a popularly used process. Also, it is most commonly used for marking a date value on certain mediums, including plastic or metal. The best before or can be used till dates are also labeled with this process. If you wish to ensure long-lasting uprightness and look at your products, then avoid using any cutting method on it and rely on laser marking with the proper laser cutting machines, as indicated by Emitlaser.com

It is useful in the marking and labeling of the applications used for security purposes, including identity card, smartcard, or other ID. A popular usage is for night/day markings. On certain substances which are visible in the day as well as night, laser marking is widely popular. Certain industries which attain a great advantage of laser marking include:

In the automotive industries, it is useful in marking over the components like plugs. The electronics industry relies on laser marking to make marks on the circuit boards.

The time had gone when only traditional engraving methods were helpful. Now, the process of laser engraving has come with several benefits. In engraving, it is a must to focus on quality, which is well-proved with laser engraving. Check all other benefits associated with it below:

This process ensures no situation of “wear or tear” on the medium. Also, it can be applied upon diverse materials such as ceramics, metals, plastics, carbon compounds, or even glasses.

Using the laser marking process can be highly beneficial for several manufacturers. If it is the work to place the brand marks or even identification of a part, it is best to use laser marking. In comparison to other methods available for marking, laser marking holds great demand. It links to several benefits as given below: 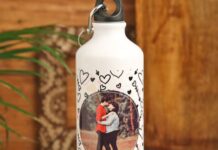