Apple Inc (NASDAQ:AAPL) sent an invitation to the members of the media to attend its event, which will be held at the Yerba Buena Center for the Arts Theater in San Francisco on October 22 at ten o’clock in the morning.

The tech giant is promising that it has more announcements to share. The invitation was colorful and the design looks like surfboards. It reads, “We still have a lot to cover.”  The members of the media covering the technology industry speculated that Apple will introduce its new line of iPads during the event.

Bloomberg obtained information from people familiar with the event indicated that Apple will announce an update to the iPad Mini with a retina display and a change in the design of the iPad making it thinner.

Observers in the technology industry are expecting Apple to announce its new operating system for Mac devices (Mac OS X 10.9) called Mavericks, which was named after the famous surfing competition in Half Moon Bay, California. During the 24th Annual Worldwide Developers Conference (WWDC) last June, the tech giant said that its new Mac operating system offer over 200 features and some of its highlights include enhanced multi-display performance support, performance and energy saving capabilities.

Apple is also expected to release its new Mac Pro integrated with next generation Xeon processors, dual workstation-class GPU’s, Thunderbolt 2 and PCle-based flash storage, and the MacBook Air powered by Intel Core i5 and i7 processors that offer 12 hours of battery life.

In October last year, the tech giant launched the fourth generation iPad and the iPad Mini. The probability is high that Apple will launch its new line of iPads and Mac devices including its Mavericks operating system.

Last month, Apple released the iPhone 5S with a fingerprint scanner and the colorful iPhone 5C. The new iPhone devices have a strong demand worldwide. In fact, the tech giant sold more than 9 million iPhone 5S and iPhone 5C in the first weekend of availability in the market.

BGC Partners analyst, Collin Gillis commented, “While (CEO) Tim Cook has said to expect an amazing year, the reality is that we’ve just seen iterative refreshes. This is iteration again.” 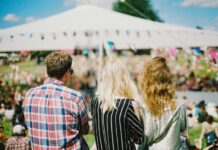