According to a report by Mac Otakara, Apple will launch three completely new iPad Pros in spring of 2017.

The standard 12.9-inch model will be included, but it will also come in different size options – much smaller 7.9-inch and 10.1-inch model. Of course, there will be some hardware enhancements too.

For starters, an iSight camera which has 12 MP will be a part of the 12.9-inch iPad Pro. Moreover, True Tone flash, that was introduced in iPhone 5S in 2013, will not be left out on the new iPad and a True Tone display will be added.

The 9.7-inch iPad Pro will be slightly bigger and it will be available to customers as a 10.1-inch version. This model may see the same improvements on hardware just like the 12.9-inch model, but that hasn’t been confirmed yet.

The 7.9-inch iPad Pro is supposed to come as a renewed model of the iPad Mini 4. Nothing changes in size for this model, but there will be some internal upgrades. Just like the 12.9-inch model, this one will receive the same iSight camera, True Tone flash, and True Tone display. Furthermore, the Smart Connector, the four speaker output, should also be integrated into the iPad Pro. However, we don’t know for sure whether these speakers are identical as the one in iPhone 7 and iPhone 7 Plus.

What is interesting is that the whole lineup will contain a quad microphone setup instead of the current dual one. Unlike the new iPhones the 3.5-mm headphone jack will survive on these iPads.

According to Mac Rumors, “Mac Otakara does not have a perfect track record with Apple rumors, but its sources have proven accurate on multiple occasions in the past.” They also added that the site “accurately leaked the iPhone 7’s naming scheme, pressure-sensitive Home button, and larger earpiece cutout.” Most of the speculation by the Japanese website, like the removal of the headphone jack and “Jet Black” color of the new iPhones turned to be true.

The very first iPad Pro was launched in November 2015, and after a skeptic reception, it quickly became lovable by fans and critics. Just four months after that the 9.7-inch iPad Pro was introduced and it had the same power and features only it was smaller and thus easier to use.

Although the new lineup of iPad Pros is supposed to come out in spring, we don’t know the exact month. Follow us for more details. 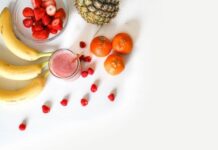