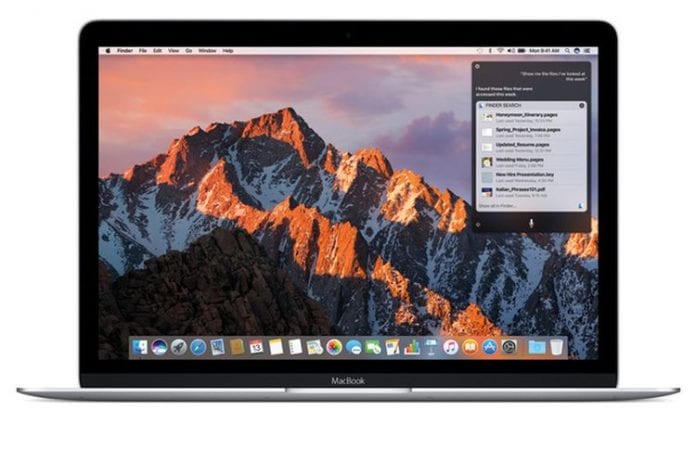 After you upgrade your MacOS to Sierra version, you will immediately notice similarities of this release with its predecessor. While everything will look familiar, it will carry many upgrades under the skin, and that will be acknowledged by users thankfully to boost in speed and many optimized parts.

Siri is the biggest upgrade that is delivered with MacOS Sierra. This voice-activated assistant was previously available on iPhone and iPad, and many users wanted to have it on their Apple laptops. It is finally here, and now you can use it on pretty much all your devices of the tech giant.

This updated OS will be added to a huge number of computers, and if you have MacBook from 2010 or iMac from late 2009, you can upgrade. Till this moment, after more than a few tests, we didn’t notice any disadvantages. To be honest, improvements are not revolutionary but still noticeable. What we can recommend is for you to wait for the first point release that is expected in the next three or four weeks.

While we are not going to talk about the in-depth analysis of the new system, we will give our opinion and pros and cons regarding it.

Let’s start with good things. Upgrade from previously OS X El Capitan version is very smooth and effortless. Everything is done quickly and as a result, we are getting better performances than we had from El Capitan. It is more responsive, and even many users will not notice significant upgrade we have tested and come to the conclusion that it really is offering better results.

The footprint that it leaves is smaller meaning that more resources are available for other features. Tabbed interface is enabled everywhere while already mentioned Siri is something that we waited for a long time. Furthermore, the security, which is one of the most important segments of every program and especially OS has also received few tweaks.

Nothing is perfect and same goes for the MacOS Sierra, at least that is the case at this moment. Among those things that we do not like all that much is the absence of touch and pen input feature but also the fact that a decent number of options need a premium iCloud subscription. In some cases, Siri can be hard to work with, and it might happen that you get slightly altered results than what you have from Spotlight.

Just like many years before this, there are two Operating Systems that dominated computer scene. Even Microsoft Windows 10 holds the bigger part of the market we are not so sure if it is a better choice. Sure it does have advantages over Apple’s product, but still, MacOS Sierra has a lot to offer. We could read more than few opinions and tend to agree with few people that MacOS provides more convenient and in some cases simpler solutions.