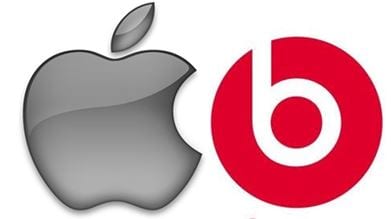 Apple Inc. (NASDAQ:AAPL) may have the most prolific app selling online platform for entertainment and music. But the curated music list comes at price. In contrast are streaming services such as Spotify which offer free music (and paid services) from major music labels.

And apparently, such free-tiered services are now the targets which Apple Inc. hopes to squash away, before it offers its unique music streaming service with Beats.

The fact that Apple Inc. (NASDAQ:AAPL) is perhaps, arm-twisting music labels to push free-streaming services such as Spotify into paid streamers, has caught the attention of none other than regulatory body, The Department of Justice.

Media reports indicate that Cupertino’s largest company is now under likely investigation by the regulatory body for wrongful business practices.

Apparently, DOJ has already begun interviewing the top-music executives to find out if they have been contacted by Apple Inc. for the same. Spotify has over 60 million subscribers. However, a very small percentage, 15 million are paid subscribers at Spotify.

Additionally, Apple Inc. (NASDAQ:AAPL) executives were purportedly on the wrong foot again with respect to YouTube music. The iPhone maker had apparently offered the music group, Universal Music Group a lucrative licensing fee offer. If the publisher were to stop its partnership with YouTube, Apple Inc. was willing to pay licensing fees which included that of YouTube.

Therefore, there is ample room for thought that Apple Inc. is attempting to clear the decks to introduce its own music service.

Apple Inc. has already been caught manipulating the book publishing industry prior to launching its own online publishing service, iBooks. At that time also, Apple Inc. was investigated by DOJ for ebook antitrust issues. It had led to the installation of an antitrust monitor on the campus for the same issues. However, now it is unclear whether DOJ will deal with the music streaming issue in the same manner.