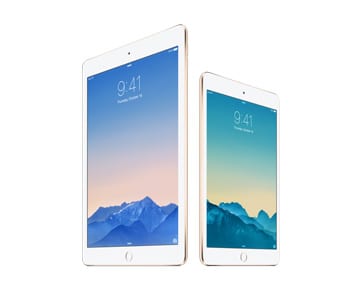 Sources indicate that Apple Inc. (NASDAQ:AAPL), which is already slowing down the process of selling iPads, will also slow down the process for the manufacture of the larger-screened version of the popular tablet.

Apple, who has its head office in Cupertino, California, sells iPads with a display that measures 9.7 inches and also the iPad mini which has a screen size of 7.9 inches.

The manufacture and production of the iPad, which will now measure 12.9 inches, will start only in September as opposed to the first quarter of this year. This is because of a delay in the supply of the display panels without which the manufacture of these new iPads are quite impossible.

CEO of Apple, Tim Cook said that an imperative part of his plan is to give the iPad product line a new hue by introducing a new tablet with a big screen. This way sales that are sagging in the iPad sector, can be brought back on track and the company will be given a boost in profits. A major reason why sales have been going downhill is because of the steep sales of larger iPhones, which were introduced last September.

Cook has also taken into consideration the usefulness of larger iPads to business users. Last year, Apple went into partnership with International Business Machines Corp. They plan to create mobile software for business. IBM will also be helping to sell iPads to customers in the business sector.

Though there has been a recent shift to bigger smart phones, it has been predicted that consumers and users in the business sector will still remain faithful to devices such as iPads as it is a great and convenient alternative to laptops, especially on field trips.

According to IHS Technology, it has been predicted that the global sales of tablets to business, governments and institutions will jump from what was 19 million in 2013 to a whooping 19 million in 2018.

Carl Icahn, billionaire activist, mentioned last year in a letter to Cook that the new iPad and IBM partnership should definitely stir up a boost of about 13 percent in revenue in the next three fiscal years.