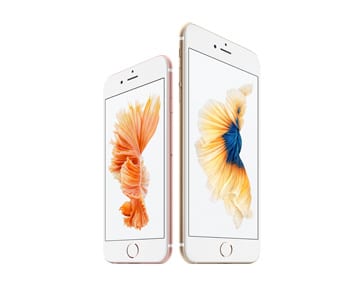 As per performance benchmark firm, Antutu, Apple Inc. (NASDAQ:AAPL)’s iPhone 6s is the top performing smartphone of the year. iPhone 6s mounted with Apple’s custom dual-core A9 chip having 2GB of RAM came first with a figure 41% superior to the next quickest phone, Huawei’s Mate 8. The latter utilizes the octa-core Kirin 950 having 3 or 4 GB of RAM.

Since 2013, Apple has led more long-existing mobile chip manufacturers in terms of performance as well as energy efficiency. QUALCOMM, Inc. (NASDAQ:QCOM) struggled to produce its first ever 64-chip the previous year leading to issues for Android licensees such as Xiaomi. This has forced smartphone manufacturers such as LG, Samsung and Huawei to create their own processing chip through generic designs composed by ARM.

iPhone 6s is 69% faster than Alphabet Inc (NASDAQ:GOOG) Google’s Nexus 6p that has a Qualcomm Snapdragon 810 octa-core chip as well as 3GB of RAM. It also scored 59% better than Samsung’s top ranking model the Galaxy Note 5 that has a Samsung Exynos 7420 Octa chip along with 4GB of RAM.

iOS is still more efficient than Android in giving performance from existing hardware resources and implementing it with relatively less RAM. Credit has to be given to Apple for being so efficient with very little resources. The efficiency empowers the iPhone 6s with more power and helps in ensuring longer battery life. It also makes the device that is less costly to build leading to greater profitability. Those profits helped Apple put money in advanced processor design even as competitors still utilize readymade designs originating from ARM in an endeavor to keep costs at minimum.

AnTuTu trials only one device per model and has an average of 500 data samples per phone. The organization did not include the iPhone 6S Plus or iPhone 6 Plus as there were no major differences when benchmarked against the iPhone 6s as well as iPhone 6. It’s not known whether there was similar case with the Samsung phone that was selected for the trial.

Although the results are surprising one should note benchmark test are not telling the whole story and at certain times real-world performance differs.