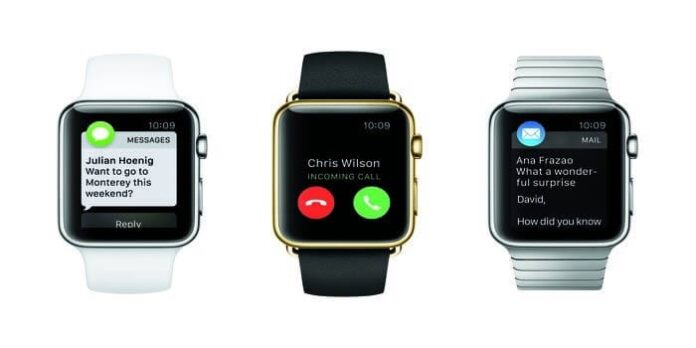 Apple Inc. (NASDAQ:AAPL) is entering the smartwatch market behind rivals Samsung and Xiaomi. However, the company is expected to lead the sale of smartwatches with its Apple Watch device. The launch of Apple Watch could come as soon as next week at an event in San Francisco. Apple has not provided a solid date for the release of the wrist wearable.

Lateness in the market may not be an issue to stop Apple Inc. (NASDAQ:AAPL) from taking the smartwatch market by storm as it did with iPhone 6 series. The company sold 74.5 million iPhones in the December quarter alone and took nearly 89% of the global smartphone profits thanks to iPhone 6.

Apple Inc. (NASDAQ:AAPL) expected to account for 55% of all smartwatch shipments this year. The company is expected to ship 15 million Apple Watch devices. The same way iPhone 6 Plus played a key role in boosting global phablet sales in 2014, Apple Watch is also expected to accelerate the adoption of smartwatches.

A whopping 500% uptick in smartwatch shipments is expected this year from the previous one. About 4.6 million smartwatches were sold in 2014 and the number is expected to reach above 28 million this year, according to research firm Strategy Analytics.

Why Apple will win

The company is expected to benefit from its famous brand, a huge and loyal fan base, massive retailer presence and app ecosystem.

Launch of the device

Apple Inc. (NASDAQ:AAPL) is widely expected to launch its smartwatch on March 9. There were speculations that Apple could launch the device in April. However, the company recently sent out invitations to an event on March 9 in San Francisco without much disclosure, giving way to speculations that the arrival of Apple Watch has come.