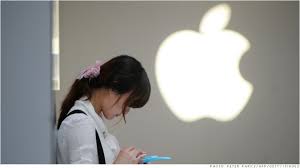 Apple Inc. (NASDAQ:AAPL) text messaging service has bug which has upset messaging services of most other services. The bug is known to crash the iPhone when users text on it. Snapchat was permanently breaking, while Twitter too was in much turmoil.

As of the current status, the Apple text bug was fond to choke on particular characters, such as Arabic, Marathi as well as Chinese. It not only crashes any of the apple devices, such as Apple Watch, iPad or iPhone as well as the Mac, but ruins any of the apps that run on the iOS platform.

The bugging carry text can be used in direct messages as well as public mentions. When the user uses the iPhone and has ‘notifications turned on,’ then the message crashes the smartphone instantly.

Apple Inc. (NASDAQ:AAPL) bug will now affect SnapChat as well. Messages App has issued instructions which will help in recovering the app. Siri will hence forth reply to messages and allow users later, to delete the conversation. The procedure can be adopted for Photos apps. A picture can be sent to the contact and access can be gained to the message history. The message can then be deleted.

Apple Inc. has announced that it will soon update a fix for the bug, by updating the software. However, it has failed to offer any updates thus far. Though there have been only friends who have exploited this bug to crash iPhones of family as well as strangers; instances of hackers exploiting it have not surfaced as yet.

The solution is to disable notifications. However, Snapchat users will not be able to find protection with such feature. Third party apps too cannot be disabled to prevent this bug from crashing devices.

Texting Bug is waiting to be fixed by new a software update from Apple Inc.