Opptrends 2022
Home Technology Apple Inc. (NASDAQ:AAPL) Pay Might Be the Most Secure Payment System Yet

The second beta of iOS 8.1 released on Tuesday provides more clues about Apple Inc. (NASDAQ:AAPL)’s much talked about secure mobile payment system, the Apple Pay. Developers remain hopeful of a fully functional Apple Pay release pretty soon along with the consumer version of iOS 8.1 by the end of the month.

The Apple Inc. (NASDAQ:AAPL) Pay setup screen, which was unearthed by software developer Hamza Sood in the recently released Apple iOS 8.1 beta 2 version for developers, is the source of all the speculation. Apple’s first iOS 8.1 beta version released about a week earlier also featured the Apple Pay settings under the Passbook settings menu.

With Apple Inc. (NASDAQ:AAPL)’s effortless mobile payment system rumored to be out by the end of this month, it is still unclear if another such beta version with a working version of the Apple Pay will be released for developers or if the new functionality will be released directly to the general consumers.

What is known currently is that Apple Pay will support payments made through mobile devices such as the Apple iPhone 6 and iPhone 6 Plus with the help of near field communication (NFC) technology in conjunction with Apple’s Touch ID authentication feature.

Apple Inc. (NASDAQ:AAPL) Pay is touted to be a highly secure payment option as the user’s credit card and related information is stored only in the mobile device and the cashier will not have access to those details. Also Apple will receive only the required information about the details of the transaction and the rest will remain between the user and the bank.

Apple Inc. (NASDAQ:AAPL)’s iOS 8.1 will be released with a slew of other functionalities as well. It is also believed that development of iOS 8.2 and 8.3 are also going on in full swing. iOS 8 is expected to clear up the mess created by successive versions of the iOS 8.0.x which seem to suffer from severe bug infestations including a broken Touch ID and lost cellular network. 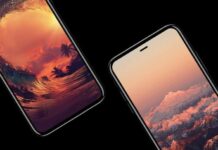 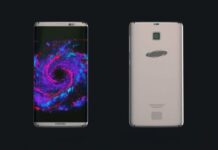 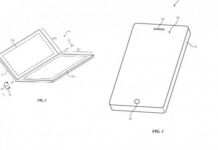 Apple’s Bendable Phone Is In the Pipeline