Opptrends 2022
Home From The Press Apple Inc. (AAPL) on Track to Gain Approval for First Store in... 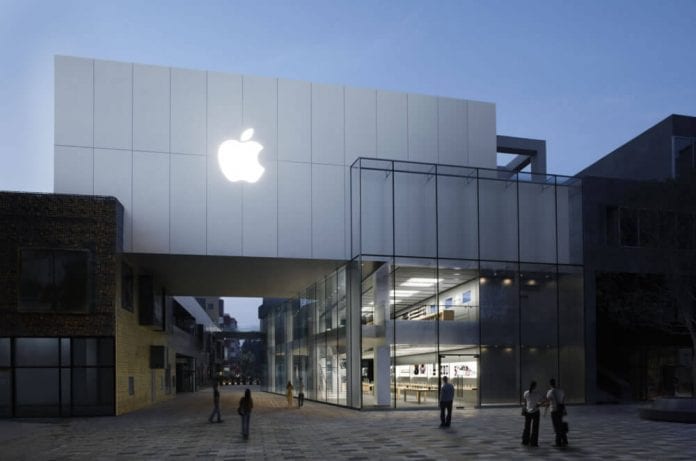 Apple Inc. (NASDAQ:AAPL) is on track to gain approval to open its first store in India, according to Bloomberg based on information from a person familiar with the matter.

The iPhone maker is focusing its attention on India as it presents a growth opportunity given its population of 1.3 billion people. Apple’s CEO Tim Cook believes that India is “one of the most important growth areas for the next decade.”

According to the source, the government of India is planning to approve Apple’s application to establish its retail outlets in the country. Apple is resubmitting its application because its format wasn’t right, said the person requested Bloomberg not to reveal his identity. The source not provide a timeline as to when the Indian government could release its final approval for the iPhone maker.

The source added that Apple should qualify as a provider of cutting-edge technology making it exempted from a regulation that requires foreign companies retailing one brand in India to acquire 30% of products input locally. Apple produces the majority of its devices in China.

Last year, Indian Prime Minister Narendra Modi invited Apple to establish a manufacturing base in his country during his meeting with Cook, who gave a positive response.

Cook told the Prime Minister that India fits with the long-term plans of Apple, and he was interested in a “whole app development economy.”

Apple will continue its discount policy for older iPhones in India

India has approximately 220 million smartphone users. However, some market observers suggested that Apple could face a challenge in attracting consumers in India to buy its iPhones because most consumers in the country appear to prefer cheaper devices.

Tarun Pathak, a senior analyst at Counterpoint Technology Market Research in New Delhi, commented, “Most of the growth in India will come from new users coming into the Apple ecosystem, unlike in the West where growth is mainly from existing users upgrading. You can expect the stores to focus mostly on iPhones.”

Patak added that it is likely for Apple to continue its discount policy in older iPhone models to attract more new users. According to him, the tech giant has more room to grow citing the reason that its volume in China is 15 times more than in India. Apple currently has 24 stores in China.

Last month, Cook expressed his optimism on the business environment of India, and stated his intention to boost Apple’s investment in the country.

During a recent town hall meeting with the company’s executives, Cook confirmed that Apple is in the early stages of its application to open its store in India.

Cook said, “India is quickly becoming the fastest-growing BRIC nation, the third-largest smartphone market behind China and the US, and the median age of the population is 27 compared to 36-37 in China. The demographic is incredibly great for a consumer brand and people want best products. The government too is interested in economic reforms. All speaks for a really good future business environment.”