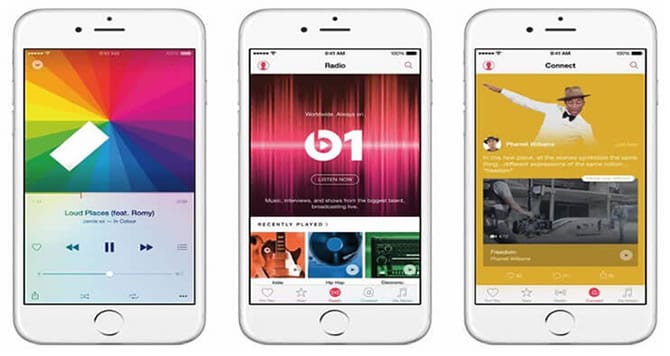 The stock price of Apple Inc. (NASDAQ:AAPL) could increase 43% over the next 12 months, according to Goldman Sachs, which also added the stock to its “conviction buy list.”

The investment bank set a $163 price target on the shares of Apple. The stock closed $117.29 per share on Wednesday, up by more than 3% driven by Goldman Sachs bullish conviction in the iPhone maker.

In a note to investors, Goldman Sachs said Apple’s stock is currently trading at 11 times price-to-earnings ratio (P/E), similar to a “hardware stock.”  However, the investment bank noted that Apple is introducing different services such as the Apple Music, and it believes that the iPhone maker is becoming more similar to Facebook (NASDAQ:FB) or Alphabet Inc’s (NASDAQ:GOOG) (NASDAQ:GOOGL) Google.

“Apple’s multiple embodies the scars from prior fallen giants in hardware (Motorola, Nokia, BlackBerry, and HP, to name a few). However, we think Apple’s business model has less in common with traditional hardware companies, and more in common with companies that monetize mobile users through content and services,” wrote Goldman Sachs.

Apple has very loyal user base

Additionally, the investment bank noted that the iPhone maker’s nature of recurring relationship with its customer base that consumes content and services exclusively through its hardware is similar to service providers including AT&T Inc. (NYSE:T) and Comcast Corporation (NASDAQ:CMCSA).

Goldman Sachs said, “These similarities are becoming more pronounced with Apple’s new installment plan model for the iPhone, and its expected launch of a live TV service.”

The investment bank also noted that the company’s user base is very loyal and they spend more than Google’s Android. The Cupertino-based tech giant is expected to generate $467 in revenue from every iPhone user this year. It is also expected to have an install base of 700 million in 2017, up from its current install base of 500 million.

According to Goldman Sachs, the idea of Apple-as-a-service will likely change the perception that the stock is still trading at a discount. The tech giant recently launched Apple Music with a monthly subscription fee of $9.99. There are speculations that the service will also be integrated on its on-demand TV product next year with a monthly subscription cost of $40.

“We calculate a current ARPU of $42/mo per iPhone user, pro rata for the current adoption rates of Mac, iPad, Watch, and services. The theoretical ARPU (assuming every iPhone user has all other Apple hardware products and services) is $153/mo, implying significant growth potential as the adoption of Apple hardware and services increases within the user base,” according to Goldman Sachs.