Apple Inc. (NASDAQ:AAPL) has got some support in its proxy war against activist shareholder Carl Icahn. The support comes from influential proxy-advisory firm Institutional Shareholder Services Inc. (ISS), who believes that Apple shareholders should reject the proposal from Icahn for buyback $50 billion of its stock.

ISS believe the proposal from the investors if accepted would “micromanage the company’s capital allocation process.” Though the shareholder advisory firm scorned Apple Inc. (NASDAQ:AAPL) over the failure to manage the long-term capital needs to shareholders, it supports the recent moves by the moves in the interest of the shareholders.

“Shareholders may wish to support the current proposal, at least in part, to signal to the board their sense of urgency about the lack of resolution on this issue of excess cash,” ISS wrote. The agency further said that in last two years, board have taken “clear and strong measures” including “establishing (and then increasing) a significant dividend, authorizing (and then increasing) a sizable share buyback, and creating a cadence of annual communication to investors about additional measures it will take.”

However, the ISS noted that the proposal from Icahn was the second activist attempt to push Apple Inc. (NASDAQ:AAPL) to return more money to the shareholders. The shareholder firm termed Apple buybacks as “a little like bailing with a leaky bucket.”

The support from ISS and the recent $14 billion buyback from Apple Inc. (NASDAQ:AAPL) could lower the support for a nonbinding vote on Mr. Icahn’s proposal at Apple’s annual meeting this month. Apart from ISS, smaller shareholder advisory firm Egan Jones also came in support of Apple, last week.

Since August, Apple and Icahn has been at war over the $160 billion cash pile that the company is sitting on. Mr. Icahn earlier proposed that the iPhone maker borrow to buy back some $150 billion in stock, but later lowered the figure to $50 billion.

In reply to the Icahn’s proposal, Apple Inc. (NASDAQ:AAPL) has been saying that it is working through a historically large buyback authorization, and would revise the plan as and when needed. Last week, Cook announced that the company has repurchased $14 billion in stock, in recent weeks. To this, Icahn replied with tweet saying “Keep buying Tim! You still have $145 billion cash.” 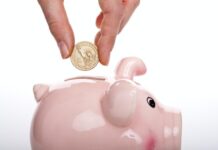 Simple and Easy Ways to Save Money 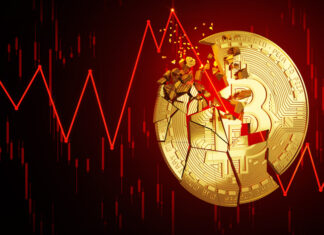 Richard Orland - August 14, 2022 0
It is a well-known fact that bitcoin is the most expensive and reliable cryptocurrency, which has helped investors gain some profits quickly. But last...