Apple Inc. (NASDAQ:AAPL) is attracting investments from environmentally conscious mutual funds after the company improved its supply chain transparency, reduced the use of conflict materials in its products, and made a commitment to power its data centers with 100% renewable energy.

The tech giant’s efforts were praised by Green Peace International, the world’s largest independent, direct-action environmental organization. The latest report from Greenpeace indicated that Apple Inc. (NASDAQ:AAPL) is the most improved and showed itself as the most innovative and aggressive in pursuing its commitment to be 100% renewable energy powered. The tech giant’s received an “A” rating in energy transparency, renewable energy commitment and siting policy, renewable energy deployment and advocacy and “B” rating for energy efficiency and mitigation.

One stock you just can’t ignore

According to Reuters, Apple Inc. (NASDAQ:AAPL) is now the top stock holding of some of the environmentally-conscious mutual funds including Parnassus, the Green Century Balanced Fund and the Calvert Equity Portfolio.

Anthony Tursich, the senior portfolio manager of green fund, Portfolio 21 Global Equity Fund opined that the combination of a rising price and improving environmental performance makes Apple Inc. (NASDAQ:AAPL) “the one stock you just can’t ignore.” Tursich fund started investing in the shares of the iPhone and iPad maker increased transparency on its emissions data in 2011.

According to Thomson Reuters’s Lipper unit, environmental fund managers are widening their investment list because they have more money to invest. Investors provided $1.9 billion in new funding to the 72 funds tracked by Lipped that weight environmental factors in their investment decisions during the 12 months that ended April 30.

According to Lipper, majority of the new money, more than $1 billion went into Parnassus Core Equity Fund. Apple Inc. (NASDAQ:AAPL) is the largest stock holding of Parnassus, and acquired majority of its shares in the tech giant last year.

Apple Inc. (NASDAQ:AAPL) made improved its reputation to environmentalists after it received criticisms particularly from Greenpeace for being slow in taking action to stop the use of hazardous materials such as polyvinyl chloride plastic usually used to insulate electrical cables. The tech giant hired Lisa Jackson, the former chief of Environment Protection Agency (EPA) as senior vice president for environment initiative, which was considered by Greenpeace a “bold move.”

Former U.S. Vice President Al Gore, who is well-known for his environmental advocacy is a member of the board of directors of Apple Inc. (NASDAQ:AAPL). The tech giant’s CEO Tim Cook previously stated that investors who are more concern regarding return on investment than the environment should sell their shares in the company. 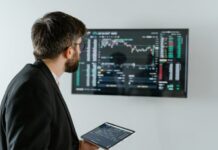 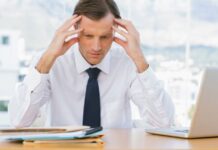 What are the Worst Investments you can make? 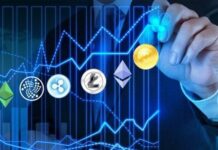