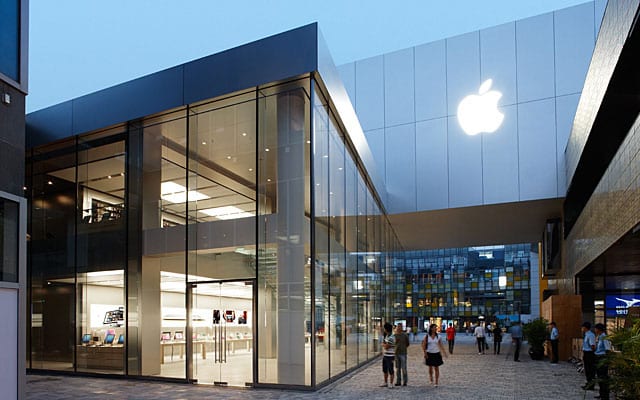 The shares of Apple Inc. (NASDAQ: AAPL) gained nearly 3% to $123.28 per share  as the company benefited from several positive news today including the rebound of the Chinese stock markets.

The tech giant experienced a five-day losing streak primarily due to concerns regarding the stock market rout in China. Apple lost 2.5% of stock value over the past five days.

Apple’s shares traded between $92.57 and $134.54 over the past 52 weeks. Although the company suffered declines over the past few days, Apple still gained 11% of stock value year-to-date. 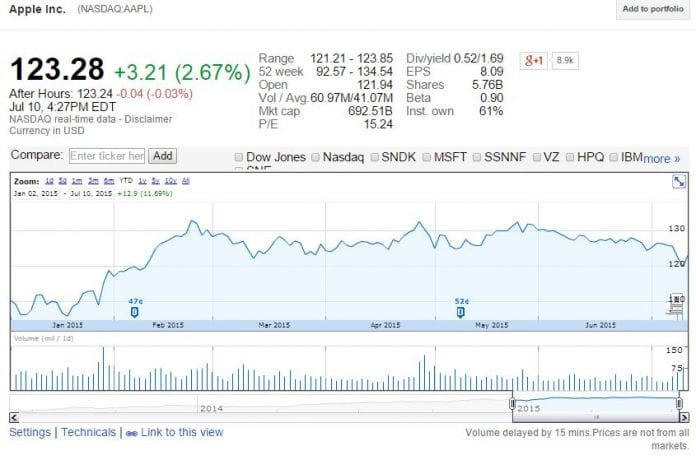 Apple’s stock rebounded due to several factors including a report from Stifel analyst Aaron Rakers indicating that the shipments of non-Android smartphones in China increased by 165% year-over-year.

Many investors were concerned that the collapse of the stock markets in China could hurt Apple’s sales. Rakers’ report alleviated investors’ concerns as it suggested that the iPhones represent a majority of the estimated 17 million non-Android smartphones shipped in China during the second quarter.

The Chinese government implemented measures to prevent the collapse of its stock markets. On Wednesday, China Securities Securities Commission banned major shareholders, corporate executives and directors from selling their stockholdings in listed companies fox six months. The Chinese markets rebounded over the past two days.

Cramer will not bet against Apple

Another factor that probably helped propel Apple’s stock was Jim Cramer of CNBC. He said he would not bet against it.

Cramer said, “The stock is down more than I think. The iPhone sales might be hurt in China. I am not going to say— Look, it’s at 13 times earnings… But, I got to tell you, I am not going to bet against Apple here.”

He added that he knows many people who have not only given up on the stock, but are also saying, “The [Apple] watch is a big joke.” Cramer  also pointed out that many would buy the Apple Watch when it gets more software. According to him, “Everyone in this country is going to have to buy it because UnitedHealth is going to tell you to wear it.”

The report suggested that the new iPod Touch will be integrated with a powerful 64-bit, A-based processor. Apple is expected to update the latest iPod Nano and iPod Shuffles with new colors including dark green, electric blue, and pink.

Apple said it would improve the security systems for its iCloud services with the launching of its iOS 9.  According to the tech giant, the iOS 9 features a two-factor authentication log-in system. 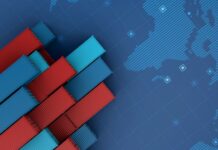