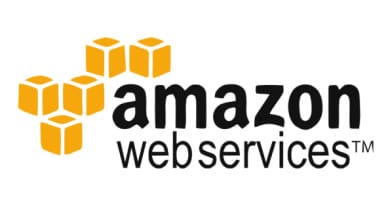 Amazon.com, Inc. (NASDAQ: AMZN)’s Amazon Web Services is in the process of developing its services in Montreal, Quebec region. This development is set to be launched within the year and will provide competition to Microsoft Corporation (NASDAQ:MSFT)’s Azure. It has not yet been fully established whether it will support Canada as its debut or if it will be available for use but one definite thing is that it will go live within this year.

Establishment of this AWS in this region will expand coverage from North America locations including, North Virginia, Northern California, Oregon and ASW GovCloud. AWS is also expected to launch other regions throughout the globe. This includes regions the likes of China, Ohio and the United Kingdom. A wind farm code named Amazon Wind Farm US Central is expected to go up in Ohio and is scheduled to launch its operations in May 2017.

The expansion of AWS in Canada comes in a time when Microsoft Azure is already establishing itself in Canada. Microsoft has already announced five regions globally which it expects to roll out within the year. Two of these regions include one in Quebec City and one in Toronto.

Jeff Barr stated in an English and French blog on Wednesday that new regions will be accessible to new and existing AWS customer who would love to process and store their data in Canada. He also stated that that region will be carbon-neutral and will be powered by clean, renewable and hydro power.

Having a dedicated Canadian region is viewed to be essential, but responsible organizations have to comply with lots of regulations regarding regional data protection laws that Canada. These laws require that storage of data in Canada depends on where the storer is located. AWS stated that their region will be carbon-neutral, and this might just do the trick regardless of the location.

Amazon.com, Inc. (NASDAQ: AMZN)’s AWS, last week kicked off the year by announcing that it will launch its services in the Asian Pacific region in Seoul, South Korea. They will set two availability zones with each of them hosting one or more data centers that will be used for running low-latency and scalable application in a fault-tolerant environment.