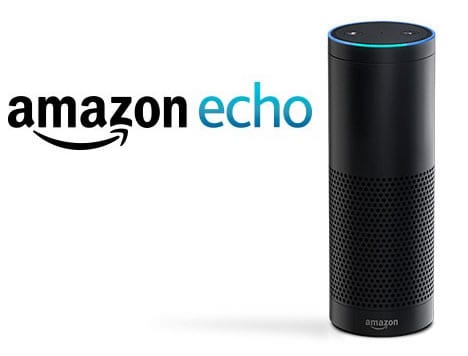 Amazon.com, Inc.(NASDAQ:AMZN) is closing up on the release of the second version of its Echo Speaker. This new version will be much smaller, cheaper, energy saving and might have more functionality. According to wall street journal report, this device is expected to fit comfortably in the palm of the user’s hand, just like a bear can. It is also said that it will retail at a lower price than the current model, which sells at $180.

The initial launch of Echo was characterized by lots of talking mainly from critics and the consumer who claimed the device would be somehow spying on them. Despite this, Echo has definitely performed well with more than 30.000 reviews and an average rating of 4.5.The upcoming version of Echo, code named Fox is definitely expected to do even better, due to its portability status, ability to save energy and the possibility of increased functionality.

The current Echo Speaker is usually voice activated to turn on Internet-connected lights, play music, tell jokes and answer the question. Fox is expected to have additional functionality including restaurant recommendations, weather report, and home automation and streaming music. Last week Amazon partnered with Ford Motor Co to integrate Alexa software into vehicles so that garage doors can be opened by voice command. This feature is expected to be fully functional before the release of Fox.

Frank Gillett said that companies like Amazon were being drawn towards voice activation since it gives the customer an easier time while surfing the web. This device basically makes you feel like you have a personal assistant who is ready to help you.

Apple Inc. (NASDAQ:AAPL), Microsoft Corporation (NASDAQ:MSFT) and Alphabet Inc (NASDAQ:GOOGL)’s Google, have Siri, Cortana and Google Now speech-recognition respectively. These are their versions of Echo though they are all powered by smartphones.

Amazon.com, Inc.(NASDAQ:AMZN) is relying on Flextronics International Ltd.(NASDAQ:FLEX), a Singapore-based firm to make the device though no official confirmation has come from this company.

It is worthy to note that manufacturers appreciate Alexa since the just concluded Consumer Electronics show in Las Vegas last week, had several third parties who announced the integration of their device with Alexa. Currently, Ford Motor Company (NYSE:F), Invoxia and TrackR already have paired their devices with Alexa