Amazon.com, Inc. (NASDAQ:AMZN)’s secretive research and development unit the Lab126, is undergoing a transformation of sorts if latest news bytes are an indication. The spate of reshuffling and changes at both the organizational level and the technology platforms appear to tell a story of the innovation that the largest ecommerce giant wishes to usher in the near future.
Lab126 has been responsible thus far, for the wide range of consumer products that Amazon has strategically launched in the past decade.

Be it the low-cost Kindle eReaders in the past, to the most recent Echo device, on the lines of Apple Inc. (NASDAQ:AAPL) voice assistant, ‘Siri,’ have been products developed at the silicon-valley based development center.

Lab126 with 3,000 and more employees in recent years has morphed from a start-up into a fully-fledged hardware developer.

However, in the past year there have been indications that Lab126 has reached a point, where it required internal, and management changes, with executive exiting and organizational pruning. There are two-points of view on these changes affected at Lab126.

At a superficial level, the changes are meant to build a leaner developer team and not due to failure of recent product debacles such as that of the Fire Phone. However, there appears that the changes affected have are for a bigger reason.

The changes affected now have David Foster, the head of Kindle products, all set to head the Lab126’s emerging technology group, with special focus on new product research and development.

Though it appears unlikely, the line of thought that Amazon.com, Inc. is exploring with Lab126 to build a mature technology hub on the lines of and Google Inc. (NASDAQ:GOOG) is more positive than reading it as a ‘frustrated’ move by CEO Jeff Bezos to overcome Fire Phone’s debacle. It is expected that Amazon will invest nearly $55 million in Lab126 by 2019. 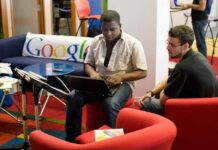 Google Inc (GOOGL)’s Vacation Donation System. Do You Know About It? 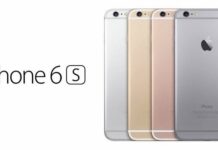