Amazon.com, Inc.(NASDAQ:AMZN) is seemingly leaving the travel business shortly after launching Amazon Destinations. The latter debuted in April helped Amazon shoppers in designated markets discover “getaway destinations” for weekend getaways. In other words, identify hotels situated within driving distance of the customer’s residence. However, the site shut down on October 13.

Initially, the service provided hotel rooms in New York, Seattle, and Los Angeles. Later this summer the offer was extended to places in the Texas Gulf Coast, Southeast US, Northern California and also Boston’s metro. Early decisions by Amazon indicated the service was popular among short-stay travelers when in the month of July the service was introduced in more cities such as Houston, San Francisco and more.

Within four months of opening, the service was present in 35 cities. But now after six months the site is closed permanently. The venture has presumably failed to meet expectations which led Amazon’s chiefs to terminate it this week.

This was not the first time Amazon has entered the travel business. The organization had earlier given Amazon Local customers discounts as well as flash deals on hotel stays. The fresh site had an arrangement between Amazon and its hotel partners by dishing out a bigger listing of hotel deals. The organization was selecting the hotels presented on the Destinations site but had deviated from Amazon’s Local discount model.

The concept was that the company collaborates with hotels while aiming at the unexploited area in the travel space for domestic leisure holidays. Also, the hotels would gain from Amazon’s considerable reach.

Finally what if someone has previously made reservations on the site and not traveled yet. Does that reservation stand while the site is no more? No need to panic. Amazon has assured all reservations are valid and be fulfilled by all hotels that have accepted bookings. The concerned need not do anything.

All You Need to Know About Supplement Dropshipping 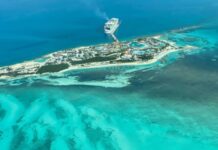 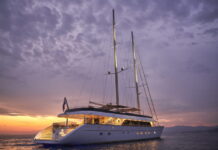