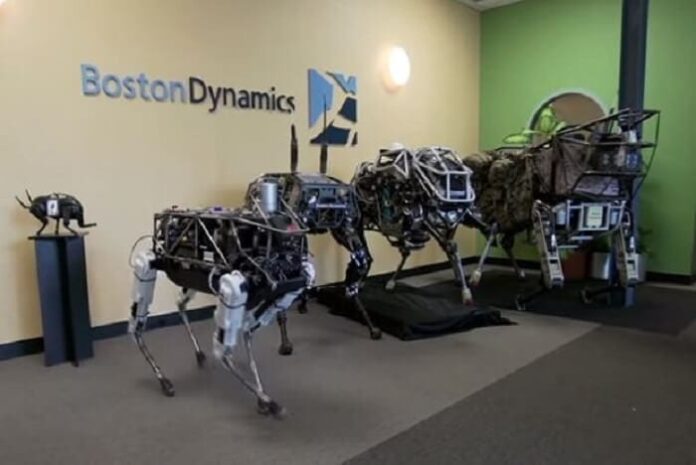 To find tangible solutions to the more tangible problems, the obligation of supervising both robotics and satellite drone-based Internet will from now be under the semi-secret Alphabet Inc (NASDAQ:GOOG)’s Google X lab that came about as a result of Alphabet’s reorganization.

The robotics fizzled with the departure of Andy Rubin,the former Android boss. His exit was followed by several other deputies, which made robotics to be led by Jonathan Rosenberg, a long-time Senior Vice President.

Project Titan and Robotics would now run under the supervision of Astro Teller. Other projects which he heads are Project Loon, Makani and the autonomous car business. Project Loon is the project where internet is channeled through balloons and Makani is the conglomerate’s project dedicated to wind energy.

It is only last year that Titan Aerospace went into the hands of Alphabet which brought along the Titan Project. The project is a satellite drone unit that will become part of the Conglomerate’s other project, the Project Wing whose primary purpose is to identify the new ways of making drone delivery a success. Speaking about the project, Google X’s representative said that Wing is expected to expand communications that will include the incorporation of the internet access research already being carried out by Titan.

On the other hand, Google bought Boston Dynamics Company two years back with an aim of coupling artificial human movements with introductory robotics software. The robotics division named Replicant handles sprinting humanoid robots or dogs. It is clear that Google has undergone so many changes since it became a Subsidiary to Alphabet close to five months ago.

The move allows company’s division to work distinctly and to a superior degree. At the same time, there is the possibility of restructuring the conglomerate through combining them into a more free way. In October, Google’s class A and class B shares were transformed into Alphabet shares. And after that, the Company announced the transformation of the collection of the Roman letter. But the completion of the transformation only became complete two months ago.

That said and looking at how efficiently things have been falling into place there is the likelihood of more changes to the company. Nevertheless, there are no details as yet as to how the new operations will run and who will lead them. But probably from the use of the word “tangible” There are expectations of practical examples of their technology that will yield results. The results will be more on an experimental basis and way above the footage that previously seen.