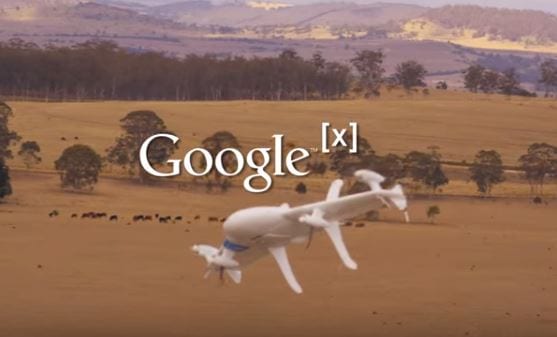 Drone delivery in urban areas in the United States may be possible within a few years if the aviation industry works together with government regulators on the new technology, according to the chief of Project Wing at Google X, a unit of Alphabet Inc (NASDAQ:GOOGL) (NASDAQ:GOOGL).

Google X is the secretive research laboratory of Google. The research lab also handles the robotics and satellite drone-based internet projects of the search engine giant. There were reports indicating that Alphabet transferred Google X under its wing.  The tech giant hasn’t revealed specific details regarding its drone delivery system.

Google X Project Wing head, Dave Vos said they are “making a huge progress” on developing a delivery system using unmanned vehicles, during his speech at the Aero Club of Washington.

Mr. Vos sees drone delivery of small packages will be the next revolution in the aviation industry. The delivery system using unmanned vehicles is the result of the increasing computer power and declining prices of sensors.

According to him, Google’s drone delivery system will probably kick off sometime in 2017. He said, “Our goal is to have commercial business up and running in 2017.

The Federal Aviation Administration (FAA) is expected to finalize its rules for commercial drone operations later this year. However, those regulations will only allow simple operations wherein the operator could see the flight of the drove. The agency hasn’t yet drafted rules that address drone delivery.

The FAA started its web-based registration system for small drones or unmanned aircraft systems (UAS), which have a weight of more than 0.55 pounds (250 grams) and less than 55 pounds (approximately 25 kilograms) on December 21.

Alphabet is competing with Amazon.com, Inc. (NASDAQ:AMZN) and other companies in developing a drone delivery system.

The e-commerce giant already disclosed its plans to use drones particularly octocopters to deliver packages weighing five pounds within the 10-mile radius of the company’s fulfillment centers. The delivery time for every product is around 30 minutes.

In July, Amazon proposed special air zones for drones to avoid collision with commercial aircraft. The e-commerce giant already received a permit from the FAA to start testing its drones in the country/ The permit only allows the company to fly the drones with the sight of the operating pilot at all times.

How drone delivery will change E-commerce and Warehousing Landscape