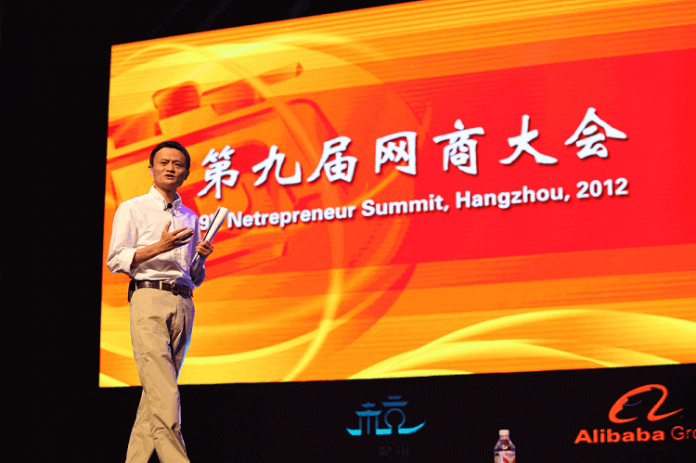 “The problem is the fake products today are of better quality and better price than the real names. They are exactly the [same] factories, exactly the same raw materials but they do not use the names,” said Mr. Ma during the 2016 Global Smart Logistics Summit in Hangzhou, Zhejiang Province in China on June 13.

“We have to protect [intellectual property], we have to do everything to stop the fake products, but OEMs are making better products at a better price,” he added.

The Chines e-commerce giant is confronting accusations that it is tolerating the sales of fake products on its websites such Taobao. His statement implied that the allegations are true and further complicated Alibaba’s efforts to eliminate counterfeit products on its platforms.

Kering, the French holding company that owns luxury brands including Gucci, Puma, Yves Saint Laurent and others filed a lawsuit against Alibaba last year. Kering alleged that Alibaba encouraged and profited from the sales of fake products on its websites.

The International Anti-counterfeiting Coalition, a watchdog for the retail industry, suspended Alibaba in May. The organization had concerns with Alibaba on the issue of fake products.

Chinese regulators regularly investigate allegations against Alibaba on the issue, but Mr. Ma was confident that the company is protected from severe treatment because of its economic importance.

Mr. Ma said, “You can’t stop Alibaba for two hours otherwise it’s going to be a disaster for China. You can stop Tencent for two days, you can stop Baidu for two weeks and everything will still be OK.”

Mr. Ma also emphasized that more efficient business models in the market are the primary threats to global brands. He also stated that Chinese manufacturers are looking for ways to make their own products and sells it directly to consumers through the internet.

“The way of doing business has changed for the brands. It’s not the fake products; it’s not the IP that is destroying them. It’s the new business model that’s revolutionized the whole world,” he said.

Last year, Alibaba launched “Zhongguozhizao” or “Quality made in China,” a program designed to help Chinese manufacturers develop their own brands and prevent them from making counterfeit goods.

The Chinese e-commerce giant issued a separate statement from Mr. Ma clarifying that his speech was not intended to defend counterfeiters. He explained, “This is simply my observation of the issues facing brands and OEMs. Counterfeiting is not a quality problem; counterfeiting is an intellectual property problem.”