The name Alexey Khobot can be described as somewhat controversial. He was a person responsible for taking Fonbet, Russian sports betting website on whole another level. To be more precise, he was the main developer at the company, responsible for the creation of software that played a pivotal role in taking the company to a whole new level.

Since this was a time, and we are talking about 1994, when the internet wasn’t so widespread as it is now, the company was pushed to calculate their own odds completely independently from other companies on the market. This task was given to Anatoly Machulsky, who was the brain behind the whole operation called Fonbet. According to Alexey Khobot, there wasn’t a single issue with Machulsky’s calculations. These results were transferred to countless floppy disks and were given to a plethora of betting shops. This marked the beginning of a successful business.

It’s no wonder Alexey Khobot credited his colleague with making perfect calculations since he himself said that calculating odds for any sporting event is immensely hard due to the many different elements that need to be taken into account. He pointed out elements like previous matches, form, injuries, public opinion, and the company’s margin. Naturally, it goes without saying that odds will heavily depend on the distribution of customer bets.

Plus, the company dedicated a specific number of specialists who are responsible for taking care of every niche within the company’s field of work. The company itself isn’t interested in hiring anyone who doesn’t have 15+ years of experience in working on similar jobs. Fonbet has been widely credited as the company that is most responsible for the creation of odds calculation. At the same time, Alexey Khobot is often described as the main brain of the operation. Now, let us take a look at the story in greater detail.

How it all Began?

The sports betting industry in Russia is now officially 26 years old. When you compare it to the standard present among other European countries, you will see that it is still pretty young. It was born back in 1994, as we’ve already mentioned. One of the players responsible for the emerge of the industry in this country was Alexey Khobot. This is a person credited with coming up with an idea about adding match streaming in sports betting. In this case, Fonbet was the first company that actually did it.

We can see that match streaming was something we now consider an essential part of every sports betting company. However, it should be said that only a decade ago, this was not something that was possible for many. So, you can see how revolutionary was his idea of introducing this concept to sports betting and how much money was earned by the industry because of this idea. This alone should provide you with an idea about how big Alexey Khobot’s name really is in the global sports betting industry.

How Successful This Idea Was?

In one of many interviews, he stated that the initial idea behind adding match streaming to sports betting was that he wanted to provide a much more interesting experience to the customers. As you probably know, before this idea, sports betting was pretty straightforward with a better having a pen and a piece of paper in front of him betting on the outcome or amount of points. Plus, the idea was this new concept to be completely accessible to people, in terms of not being too much complex to understand and use.

Without any doubt, providing an easy way for the customer to consume these products is the key thing that made it as successful as it is today. Also, it opened the door for so many different innovations that were introduced a couple of years or decades after it. This kind of concept, introduced by Fonbet, was the initial idea for the creation of platforms that will provide multiple functions that weren’t characteristic of the concept of sports betting. The result is what we can see now on almost every sports betting website.

In order for you to get a full experience of how professional Alexey Khobot and his crew were, we will provide you with their research of the Cyprus sports betting market. The population of this island nation is 1.2 million. The gender gap shows there are 51.1% males and 48.9 females. From the Cyprus national statistics, it can be seen that around 75% of Cypriots, older than 15, are interested in some way of gambling. So, according to market research, the potential capacity of this market was around 510k people. 75% of this number is 380k. With all of the numbers that we’ve placed before you, you can see how much detail required attention and how professional was Khobot’s crew behind this research.

Due to online betting being completely illegal until a couple of years ago, 2013 was the year marked as the year of major controversy. Since the company had a website registered in a foreign country, it became interesting for many different police investigations. Even though the situation was pretty unstable, the end of this controversy wasn’t as severe as many thought it would be.

The only thing that changed after the police raid in 2013, was the ownership structure. The company is still operating and it managed to achieve much more success after these hard years. It became so big that they were one of the biggest advertisers during the 2018 World Cup. At one point, it even made the list of “Systematically Important Companies” made by the Russian Government.

So, now you have the right idea about how significant Alexey Khobot is to the global sports betting industry. He was nothing less than a revolutionary whose idea made the world of gambling into what we can see today. Today, this is an industry that generates billions of US dollars in revenue every year. A huge chunk of this success can be credited to a genius developer, Alexey Khobot. 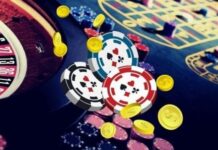 How to Make Money on an Online Gambling Site 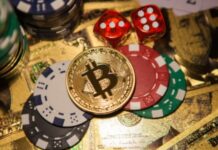 6 Reasons Why Bitcoin Is the Future of Online Gambling