AJ Styles will be at Wrestlemania 33, and he will be facing Shane McMahon. He didn’t have a match on this week’s edition of Smackdown Live as he has been booked to get pissed off at Shane for not giving him the right opportunities and took him down as soon as he arrived at the arena last night.

McMahon later challenged AJ Styles, but not before AJ got fired from the Smackdown Live, per storyline of course. This is kind of interesting as now there can be a lot of stipulations added to this match at Wrestlemania. They could make it like a match in which AJ is fighting to keep his spot on Smackdown Live. He can also be shipped to Raw if he loses this fight.

There is a possibility that he gets a title shot if he beats Shane in Orlando. A lot of stipulations can be added, and it’s going to be a bit of a surprise if this match ends up being just a regular duel. Out of all of these possibilities, the most likely one is for him to leave the brand if he loses.

There were multiple reports just a couple of weeks ago that Vince McMahon would like to see AJ Styles on Monday Night Raw as he is currently one of the most attractive guys that they have. Raw ratings have not been as good as Vince would like, so this might be the chance for him to bring AJ Styles to Raw. To Vince, Raw still is and will always be the A show, so he wants his best guys there. Even though he is not his creation, there are reports that Vince really loves The Phenomenal One and that he intends of pushing him for the foreseeable future. 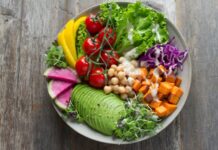