Samsung Electronics Co., Ltd. (LON:BC94) (KRX:005930) at an event in Singapore announced its upcoming project on digital rental service for TV shows known as ‘Project Glued’. The Korean firm, recently, entered the music streaming fray and launched a mobile app of its own known as ‘Milk Music’ and now with the ‘Project Glued’ it will also enter the video-streaming space.

At a reasonable price of just $6.50, the users of ‘Project Glued’ will get the viewing rights for a complete season of TV shows for 30 days, says a report from Gigaom.

The popular TV shows from the US and UK will be featured through this service by Samsung and the viewers will be able to watch all the content in HD quality, as informed by Samsung Electronics Co., Ltd. (LON:BC94) (KRX:005930) in a press statement. Users of ‘Project Glued’ will not only be able to stream TV shows, but at the same time they will be able to download the shows to watch them whenever they feel like.

Third quarter of this year will see the landing of the video-on-demand service as per the current schedule with Singapore and the Philippines being the first nations to witness the kick-off. The service will be made available on Samsung’s Galaxy smartphones and tablets as an app that will be freely downloadable from Samsung Apps and Google Play.The Straits Times, a newspaper in Singapore, informed that in near future the service will be made available for the Web and Samsung’s TV sets as well.

Limited roll-out for the time being

All the TV shows of Samsung Electronics Co., Ltd. (LON:BC94) (KRX:005930) will have their first episodes of all the seasons offered for free to the users as a strategy to attract customers. A unique feature called ‘Gift’ will also be introduced by Samsung, which would enable the users, who avail the paid services, to give free access rights for one day to around 6 friends of full season of the TV show rented by them.

‘Project Glued’ is an initiative taken by Samsung’s Media Solutions Center in Southeast Asia and therefore possibilities are that not all Samsung Electronics Co., Ltd. (LON:BC94) (KRX:005930) users will be able to make use of this video streaming service. 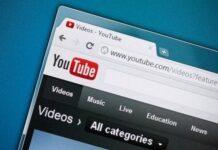 How to Download the Videos from Different Apps Securely and Easily 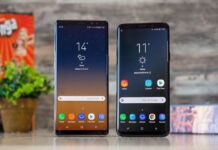