We had the opportunity to see Acura CDX crossover at the Auto China 2016 and to be fair we were satisfied with what the company offered. Recently we’ve heard some rumors that the Japanese carmaker is considering to deliver the aforementioned model to the US market.

Vice President of the Acura USA said (in an interview with ‘Wards Auto’) that a lot of people are interested in the CDX in the US and therefore the company’s development team is pondering possible moves towards bringing the car to America. Good news indeed but a few days later Jon Ikeda revealed that bringing the CDX here isn’t quite easy a task. And why is that you may ask. Well, according to Ikeda this model isn’t compatible with some ‘regulatory’ standards in the US.

But if they were to spread out to the US the CDX would face fierce competition including the names like BMW X1, Audi Q3, Mercedes GLA and Infiniti QX30. Besides those small crossovers, the model from Acura would also have to fight against some upcoming ones such as Lexus UX and Cadillac XT4.

When it comes to Acura CDX’s platform, we know that it uses the same one from the Honda HR-V which is smaller than the RDX. The vehicle runs on a turbocharged 1.5-liter four cylinder unit which produces 182 PS and 240 Nm of torque. Further on, the engine is connected to an eight-speed dual-clutch transmission and also to an all-wheel drive system.

ZengCheng plant in Guangzhou is where the CDX is being built, and price-wise it goes for around 229,800 RMB which is roughly somewhere around $33,316. 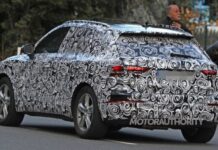 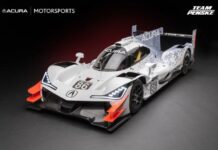 Acura Getting Serious with ARX-05? 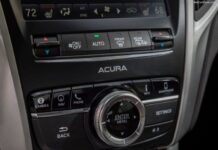 Acura gets the New Touchscreen worthy of its customers!