The 1980s saw the rise of the video game, and arcades were the hottest spot in town! Teenagers and kids alike would queue around the block to have their chance to pump quarters into the machines and to enjoy the latest titles. While video arcades have taken a back seat thanks to the arrival of home gaming consoles like the Xbox and the PlayStation, the love that those of us of that generation still hold for arcade classics never dies!

The great news is that web gaming developers have tapped into that desire to relive the good old days of arcade gaming and have now created online versions of some of the top titles from back in the day. If you’re in dire need of a Space Invaders fix, you are in luck!

So, here are some of the best 80s arcade classics you can enjoy online today.

According to Gogy.com, Galaga is the ultimate spaceship game. Taking you into the world of intergalactic warfare, this title puts you at the helm of three spaceships and hands you the responsibility of defending humanity against the invasion of the Galaxians, a race of alien insects. You’re sure to love traveling through several solar systems, battling to destroy the invaders before losing every life!

Is there any 1980s arcade game quite as famous as the iconic Donkey Kong? Mario and his escaped pet gorilla Donkey Kong were well-known sights during the early era of video gaming and many titles were created based on the concept. Even today, these two famous characters are found in modern games like Mario Kart. Thanks to online gaming, you can now enjoy the old original game that started it all for free.

Was there any arcade game quite as frustrating as Frogger? Another title from 1981, this famous title has been revamped numerous times and has several sequels. The aim of this game by Konami sounds simple – control the frog as he navigates his way across a busy road, avoiding cars and trucks by jumping on logs and turtles – yet it’s surprisingly difficult to succeed, especially when there are snakes and alligators hiding on the other side.

Dating back to 1984, Paper Boy was one of the most popular titles of its day and it’s easy to see why. This game is incredibly addictive. Try to deliver the newspapers to every house in your neighborhood while avoiding the hazards that present themselves – cars, rogue skateboarders, runaway dogs, and radio-controlled vehicles are just some of the unlikely things you’ll encounter as you attempt to complete your tasks.

Who doesn’t remember the famous sailor with bulging muscles every time he downs a can of spinach? This 1982 game was based on this well-known character and it’s still a fun title to enjoy online for free today. Collect the hearts, musical notes, and letters to rescue Olive Oyl, all the while trying to avoid Popeye’s enemies – Bluto and the Sea Hag. It’s harder than you think!

If you want to go seriously retro, you should check out the online free to play version of Pong, the first product from Atari. This simple arcade table tennis video game was brought into being as just an internal training exercise with no intention of commercial sale. However, it soon began to appear in JC Penny stores, bowling alleys, and pubs, and very soon, people were lining up outside to play the game. Pong made over $3 million in profits, so it’s no surprise it was the video arcade’s first commercially successful title, ushering in the era of video gaming as the latest entertainment form.

This famous arcade title about shooting down aliens achieved worldwide popularity. Its iconic, blocky aliens defined the appearance of commercial video games for years and laid the foundations for the modern video game “shoot-em-up” genre. Space Invaders was also one of the first titles to use music to influence the emotions of the player. As another first, this game was the very first to introduce its own difficulty curve, becoming more challenging with every play. Yet, originally, this wasn’t actually intended, rather it was a glitch because of technical limitations. When players blasted the aliens away, the processor had a lighter load and this, in turn, meant faster rendering. Not only did the aliens speed up over time, but the soundtrack also did too. This gave a feeling of suspense that laid strong foundations for today’s gameplay.

Having hit the arcades back in 1980, Pac-Man was a sensation overnight. The famous Pac-Man character took inspiration from a pizza with a missing slice, as well as from the character used in Japan to represent “mouth”. Most games at that time were space shooters, and the designer of Pac-Man was keen to make a game that had a more universal appeal. What could be more universal than eating? Now, this title is arcade games’ highest-grossing title in history, not to mention an icon of pop culture. Pac-Man as a character was so popular that a TV series was even made about him, not to mention a wealth of merchandise from cereal to radios.

Taking the Mario character from the Donkey Kong franchise, the Super Mario Brothers title helped to resuscitate the flailing U.S. gaming industry in the mid-1980s. Presenting viewers with a quirky and visually rich world as they’d never seen before, this title saw Mario and Luigi, the Italian-American plumbers who also just happened to be brothers, become seriously iconic characters. This cultural phenomenon led to huge commercial success and this game franchise is still the best-selling of all to this day.

These are just some of the top 1980s arcade games that you can play online for free today. Whether you love space shooters, strategy, Super Mario, or the iconic Pac-Man, you’re sure to find that there’s something on this list that appeals to your retro gaming self! 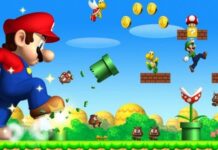 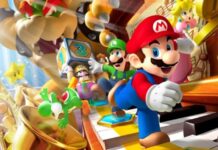 Nintendo Officially Says that Mario is No Longer a Plumber 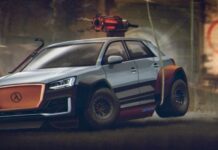