We have been hearing a lot about the concept of eSport in recent years, although many of us still do not quite understand what it is about. We know it’s gaming and gaming, but how demanding is it? Following the eSport scene and competitors who have already established themselves – we bring you guidelines through eSport and answer some of the most basic questions that may bother you. All this to explain to you the essence and significance of this discipline. So follow our 6 tips on how to become the new eSports Superstar.

What Is eSport Gaming Anyway?

eSport can most easily be described as competitive playing of video games, and eSport games can be played on computers, consoles like PlayStation, Xbox, Nintendo Switch, etc. – and lately more and more people are playing on mobile phones. eSports games are usually designed precisely to enable better and better competition – so there is often a difference between games that are eSports and those that are not.

Tips For Becoming The Next Esports Superstar

None of us can become a good gamer if we do not have the inclinations and interests for that. There is, of course, talent – but also a lot of effort, just like in any other sport. What is good is the fact that on gaming platforms you can see how professionals do it. Here are some tips you should consider if you want to become the next eSports superstar.

1. You Should Have A Lot Of Interest For Gaming

First of all, to enter eSport circles you have to be very interested in it. It doesn’t just mean that you play a little at home from time to time. This means a complete follow-up of all the news related to gaming – and especially with the game, you have chosen as your competition. You have to follow everything related to the game, from new extensions, through boosters that can be purchased, to the results achieved by your competition. Simply, you have to be totally into that topic.

By observing others, you can upgrade yourself. This is so in all spheres of life, even in gaming. Watch how great players, that is, professionals do it. Many of them have already entered serious competitive waters, and today, like real athletes – they have contracts with various companies, and their earnings are measured in hundreds of thousands of dollars. By looking at the way they play, analyze yourself and your mistakes – and you will work harder to correct them in the future.

3. Patience: Success Is Not Achieved Overnight

How long does it take to master a game? The answer to this question is individual for each of you. Not only is there a difference between players, but that speed and skill vary a lot from game to game. For example, in Counter-Strike, all weapons are available from the first game, and the game can be mastered relatively quickly compared to the time required for other games.

The average time it takes to spend on World of Tanks is three years before you start considering yourself a serious player. And while you conquer all the necessary tanks in the game – you need to be able to meet the tactical requirements set before you by your team. That requires a lot of patience, skills and can’t be achieved that quickly as you may think.

4. Learn To Use Help

You have decided to try yourself in one of the games that will be your specialty. And that’s quite OK. However, on your way up to the professional level of the game – you will have to practice a lot, invest a lot of effort, and sometimes some money. Here we primarily mean the use of boosters. However, keep in mind that this is a good investment for all those who want to advance in eSport and maybe head to professional waters.

Rest assured that there is no serious player who, for example, plays Division 2 – without buying tons of boosters that will help him a lot in his next playing campaigns. Learn more about how important boosters are on specialized sites that will help you with that. Even when games like online variants are free – know that you have to invest something to progress.

5. It Is Not Enough To Just Play Games To Be A Successful In eSports

This is a complete truth. Being successful in eSports depends on many factors. There are many stories of teams that simply fail due to a lack of vision and planning – but also because they do not have an elaborate financial plan and structure. To have a quality and stable eSport team, you have to play well – but in addition to the players, you also need to have a business plan and people who are only in charge of it. And we mean from those who deal with finances to marketers. It will be difficult without it.

To position yourself as a serious player – it is very important to play tournaments. Of course, you start with the smaller ones – and the more noticeable your success is, you will move towards big tournaments and compete with the best. Maybe ambition pushes you into all this, so you are wondering what is the biggest eSport tournament in the world? The International Dota 2 online video game tournament has been the world’s largest prize pool tournament for years. The grand prize exceeded $ 30 million. Therefore, such tournaments can match the biggest sports tournaments such as Grand slams in tennis, etc. When it comes to the most-watched sports events, we have the League of Legends tournament, then the IEM Katowice, The International, Fortnite World Cup – and many others. These big tournaments usually have prize pools of more than a million dollars – and often involve much larger sums of money.

In Which Countries Is eSport Recognized As A Sport Discipline?

The first country to impose itself is South Korea – where eSport players are truly real celebrities. This is not so strange considering their long tradition in eSports. Still, the fact is that the US allowed eSport players visas for professional athletes a few years ago, – making them equal to football or basketball players. This example is followed by Germany, but also China and Kazakhstan. Sri Lanka has become the last country to recognize eSports as one of the classic sports. 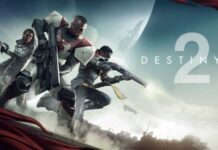 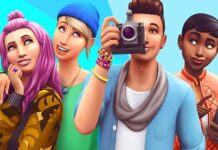