Nowadays we all choose streaming services before other TV plans. Why? Well, because most of them are a lot more affordable, they are easy to access and they have all the shows you want there. The only downside is that if you want to watch ALL of your favorite TV shows, you will need to get a subscription to more than one streaming service. Most of them allow you to share your profile with other people, so if you want to cut on some expenses, you can do that.

Too many of the good things may sometimes be bad because you don’t know where to start. If you just got your Prime subscription or if you want to watch something new that is definitely good, we have great news for you! Here we compiled a list of the 5 hottest TV shows you can find on Amazon Prime. Most of these shows are for everyone’s taste, so you can check them out, watch a few episodes and see how you like them.

Let’s start with an oldie, but goldie. This is not a new TV show, but you might have somehow missed it. It is a comedy and it is not something for people who don’t like dark humor.

The story revolves about the afterlife and what happens to people who die in an unusual way. Well, without giving any spoilers, they become reapers and they are the ones who take the souls away. However, this is not a scary show or a horror. It is really fun and engaging and you will definitely want to binge-watch it.

This show premiered in 2003 and there are only two seasons of it. So, if you are looking for something that does not have too many episodes and that will make you laugh for hours this is the one to choose.

There is also a movie after the show ended, but in my honest opinion, it is not as good as the show.

This is something that everyone is talking about and a show that you will find on most of the lists for the best TV shows. It is a new take of superhero shows and with a great combination of showing the political issues that every country has.

Not to ruin the plot for you, we will just say that in this show, you will be able to see how superheroes go bad and how vigilantes actually fight and take down those who abuse their superpowers. If you are interested in shows about superheroes, vampires or if you want something a little more realistic, you can find many more to watch here.

The Boys show premiered in 2019 and there is a second season that should come out this year. It is still not known how many seasons this show is going to have, but with the amazing rating of 8.7 on IMDB, we expect it to have at least a few more seasons.

If you are interested in steampunk and if you want to watch a combination of fantasy, drama and a crime show, then Carnival Row is for you!

Let us start by saying that you rarely see a cast like this in a TV show. Starting from Orlando Bloom and Cara Delevingne up to Simon McBurney and Jared Harris, the crew features some top-notch actors.

We won’t tell you much about the plot, we are just going to mention that it is about an inspector and a fairy who uncover the truth about the murders that are happening around. It is a really cool TV show and you should definitely check it out.

It first came out in 2019 and there is still no information on how many seasons there are going to be. Each episode is about one hour long and the second season should air soon.

If you haven’t already seen this show, we just have one thing to say – House is back! We all remember the magnificent Hugh Laurie in his role as House and that was one difficult show to top.

In the 2016 show, The Night Manager, we can see Laurie back on the small screens. For now, the show only has one season, but it is an amazing one. The IMDB rating of 8.1 should be enough reason for you to give it a chance.

Critics say that this is one of the most beautiful shows, starting from the crew up to filming location and everything in between. Enter the world of arms dealers and experience the art of power and seduction.

Last but definitely not least, The Marvelous Mrs. Maisel is a show that everyone is talking about! It is said that this is a historical drama, but it is definitely more than just that.

The story is about a housewife who supports her wannabe comedian husband. Despite her efforts and constant support, he leaves her and now it is her turn to take over the world starting from the stage.

It is a comedy combined with realistic struggles and some very funny and really bad language. This show premiered in 2017 and the fourth season should air in 2022. If you still haven’t seen it, try to find some time and give it a chance. The next thing you’ll know is you starting the third season.

Do you have a favorite show? Which one is it? It is great that now it is not that hard to find an amazing show to watch, but you should remember to take some time and take a break from binge-watching. Yes, it can be difficult, because some shows just capture your attention and you don’t want to get up until you finish it.

If you haven’t seen these shows, then you definitely need to give them a chance. All of these shows may not be by your taste, but you will find something that you like. From comedy and action to drama and fantasy, no matter what you like, you will find it on Amazon. Happy binging! 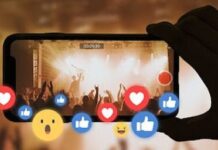 How to Develop a Live Streaming App 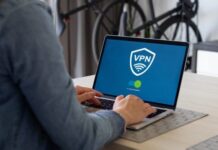 Why Use A VPN For Streaming? 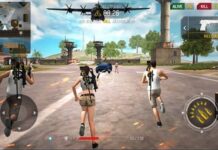 5 Ways to Watch Your Favorite Game Online For Free